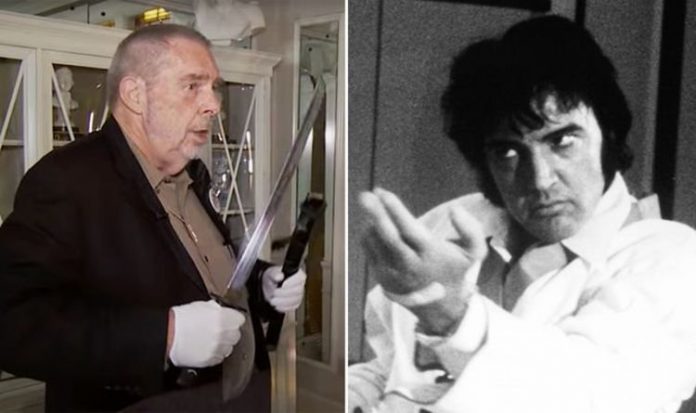 Dick thought it would be one of his police officer friends but it turned out to be an elderly Japanese veteran in his military uniform and carrying a samurai sword.

Struggling with his English, the soldier said: “I brought this to give to Mr Presley.

“I was an officer in the Japanese military during World War II and I want to apologise to you and to Mr Presley for us fighting you guys. I’m really sorry about that.

“Because Mr Presley studied karate and learned from Mr Ed Parker, who was a champion in Japan, I want to give this to Mr Presley as a token of my appreciation.”