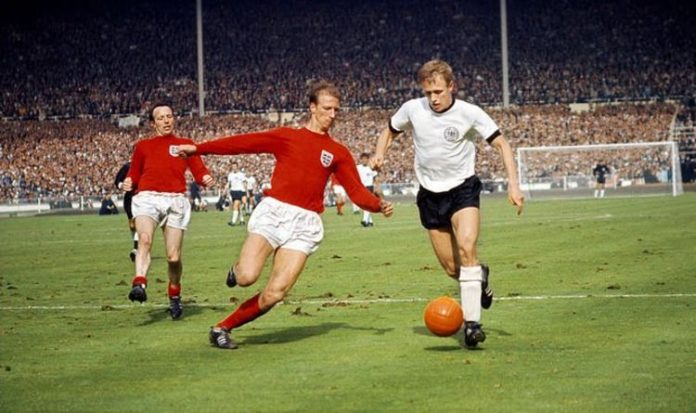 Whether he was tackling strikers on the field or marshalling his Ireland team from the dugout, Jack Charlton always approached the beautiful game as he did his life – with unflinching honesty. And directors Gabriel Clarke and Pete Thomas took the same approach when making this wonderful documentary. Jack’s wife Pat invited the film-makers into the family home while he fought his final opponent – dementia. “That’s me,” he cries with delight as footage of his younger self plays on his laptop. It seems Jack dealt with his memory loss with the same energy with which he attacked his career. And what a career.

The film intersperses these touching domestic scenes with interviews with players and family members, alongside revealing and often hilarious archive footage.

We witness some crunching tackles from his days with Leeds and see him win the World Cup with England alongside brother Bobby. But most of the running time is dedicated to the decade he spent as manager of Ireland’s national team, during which they qualified for a European Championship and two World Cup finals.

Tragically, the directors can’t get any anecdotes out of Jack. But his family provided another resource – hundreds of notes written during his time with Ireland.

“You must enjoy. They must enjoy. Make it so they want to come (winning helps)” is another. “Be a dictator, but a nice one” sums up the way he ran his dressing room.

Nothing is glossed over. We hear about his strained relationship with Bobby and his fatherly approach to his troubled star defender Paul McGrath. A rousing film about a life lived to the full.