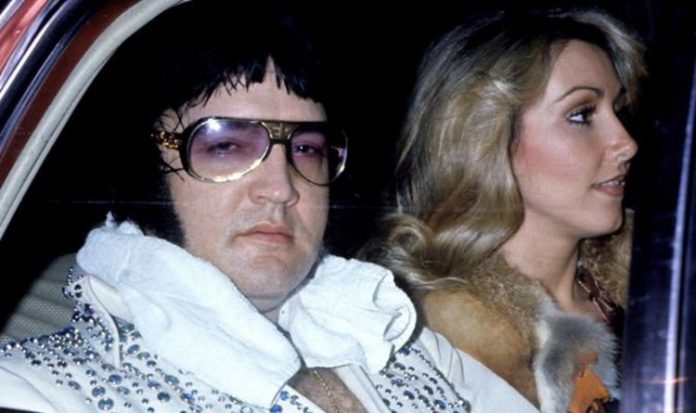 Elvis dated Linda on and off from July 1976 until the end of 1980. Everyone, from his relatives to the typically protective Memphis Mafia, loved her and believed the pageant queen and actress was a good and stabilising influence in the star’s life. Most hoped he might marry her, although Linda never pushed the issue. Elvis’ cousin and his wife described one family scene where the star paid a beautiful tribute to Linda.

The revelations came on the youtube channel Memphis Mafia Kid, run by Danny, the son of Elvis’ cousin Billy Smith and his wife Jo.

Billy was eight years younger than Elvis and the son of Gladys Presley’s oldest brother Travis. His family grew up in a separate house on Graceland’s grounds.

In one episode Billy discussed the star’s complicated love life: “Elvis loved the women that he was with…but his career came first and that’s just how Elvis was… He really didn’t want to be married, although Priscilla was an exception.

“These women made Elvis happy and that was the main thing.”

She said: “I have to say one thing about Linda. She nurtured him. She took care of him and went out of her way to do things for him, we saw that.

“She was so beautiful, and still is, but she blended with everybody, everybody liked her, she was so friendly and so outgoing…”

Jo said she has “never forgotten” the time Elvis told them all why Linda was so special to him.

Jo added: “I will never forget him saying that and it was true, she was, she was always there. When they parted they parted friends. I think she loved him, I know he loved her…

Billy added: “I think she had hopes of it…”

Unlike many of Elvis’ other relationships, their parting was mutual, with Linda wanting to seek a more normal life.

However, Jo also revealed that in most cases, Elvis never liked to end things himself, leaving the unpleasant duty to others.

She said: “He couldn’t stand confrontation, He couldn’t stand to think he hurt anybody’s feelings. That’s why a lot of times he would have his daddy to do something because he didn’t want to face them.”