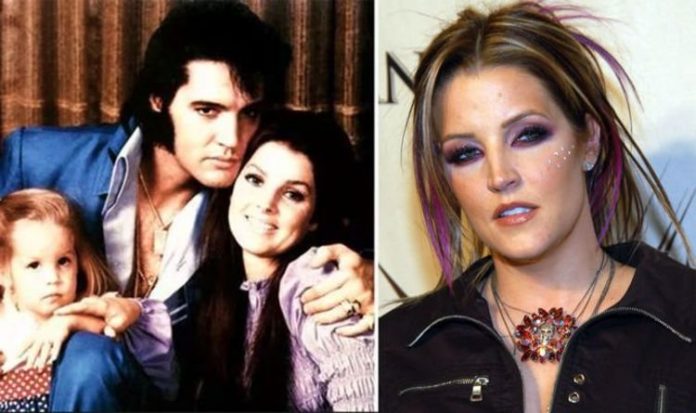 Lisa Marie lived at Graceland until she was nine years old, splitting her time between her father’s Memphis mansion and her mother Priscilla’s new life in Los Angeles. Her parents were notoriously opposites in the way they raised her, with Elvis indulging his daughter in every possible way, while Priscilla was a strict disciplinarian. But before Elvis’ sudden death on August 16, 1977, changed everything, Lisa Marie remembers a childhood with him filled with fun and laughter.

Lisa Marie celebrates her 53rd birthday today but back then, despite all the fame and fortune, she was also just a little girl who was doted on by her father, even if their routine was bizarrely “nocturnal.”

While Elvis slumbered, Lisa Marie would play records in her room or sit outside his door waiting for him to wake up.

She said: “The only two rooms upstairs in Graceland are mine and his. When he slept, he was a bear in hibernation.

Years later, the star’s daughter described a moment when she was recording her first album, To Whom It May Concern, and her mother came into the studio.

Lisa Marie said: “She (Priscilla) was getting really emotional.

“She said, ‘I’m getting this flashback of you when you were three or four. You wouldn’t play with anybody. You wouldn’t go out. You would just sit in your room with a little record player and all your 45s stacked up.'”

Like many children, Lisa Marie would sing into her hairbrush in front of a mirror.

She added: “My dad would catch me’, she says. ‘I’m sure he got a kick out of it. He’d put me up on the coffee table in front of everybody and make me sing’.”

However, even she admitted she ran wild at Graceland and could be a little “tyrant” to the staff and other family members.

Lisa Marie said: “There was nobody looking after me, and everyone was afraid of my dad, and he was sleeping. So if that was the case, I was a tyrant…

“If he was sleeping, which he mostly was during the day, I could do whatever until I was ordered to his room if I pushed it too far. I was awful.”

Although only a child, she also had to deal with fans hanging out of trees and climbing the fences, although she even got the best of them sometimes.

Lisa Marie said: “People would give me cameras to go and take pictures, and I’d take the money and I’d say I was going to take a picture of my dad, and then I’d throw the camera somewhere. I was awful.

“The fans were always in the trees in the woods and getting me to come over to the fence when I’d be in my golf cart and would do stuff and throw things.

“It was weird, because sometimes I’d be playing and I’d hear basically a call to arms, ‘someone jumped the fence,  and they were always jumping the fence, and I was definitely afraid: whether they were coming after me, or they’d say, ‘Hi, I’m Priscilla, and I’m ready to have my dinner’, and it was a man. There was all kinds of crazy stuff going on.'”