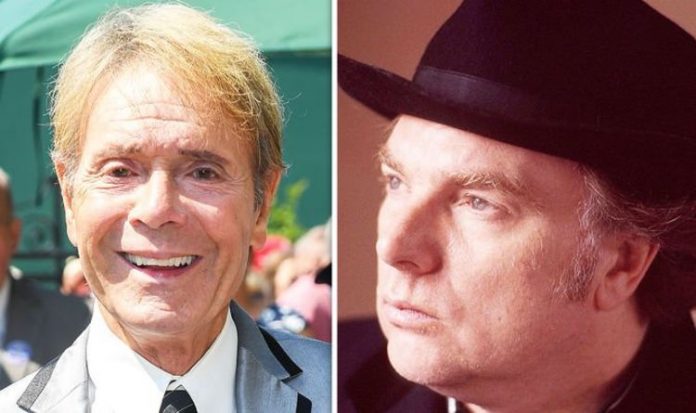 The Summer Holiday singer, born Harry Rodger Webb, has performed with some of the world’s most renowned musicians. They have included Sir Elton John, Cilla Black, Olivia Newton-John, Janet Jackson and Bonnie Tyler. But one recording session that frustrated Sir Cliff was with Van Morrison.

Sir Cliff recalled meeting “the strangest bedfellows in rock and pop” before launching into an anecdote about the Northern Irish singer-songwriter.

He explained that whenever he had doubts about performing a duet with a musician, he would request to listen to their track before saying no.

When Van, whose real name is George Ivan Morrison, got in touch, Sir Cliff was uncertain because they seemed very different.

He thought: “Hmm. We weren’t an obvious match.

Sir Cliff claimed that Van would “sometimes walk offstage” to perform a saxophone solo because he didn’t “like the attention”.

The notion of not lapping up the fame and cheers of a crowd “baffled” Sir Cliff.

He argued: “How can you be an entertainer and not like people looking at you?”

Sir Cliff asked Van’s management to send him the song.

Cliff Richard performed with a lot of stars including Cilla Black (above) (Image: GETTY)

The song was Whenever God Shines His Light, which the duo released together in 1989.

But before they recorded the hit, Sir Cliff was a little wary of recording with Van.

He had heard a number of stories from other artists about difficult performances with Van.

Sir Cliff said: “Van has a reputation for being irascible and difficult.

“So I didn’t know what to expect when I turned up at the studio at the agreed time.”

Sir Cliff admitted that what he “didn’t expect” was for Van to “not even be there” when he reached the recording studio.

The star “hung around for an hour or so” before he “started to get a bit fed up”.

He pestered the sound engineer and said: “Look, I have other things to do.

“I know the song, so why don’t I put my vocal down now? Van can tell me later if he doesn’t like it.”

Cliff Richard rose to fame with The Shadows in the late Fifties (Image: GETTY)

Sir Cliff was “just wrapping up” his recording when Van “finally turned up, two hours late”.

Van “was happy” with the singer’s performance but wanted them to record one line from the song in unison.

Sir Cliff said: “He has quite an idiosyncratic phrasing so it took us a while, but we got there in the end and he seemed happy.”

Just before he was about to return home, Van pulled out two bottles of red wine and the performers stuck around to talk.

At first, they discussed the meaning of life, religion and faith, but soon after it went onto a slightly wilder theory.

Alan Titchmarsh shows off topless image of Cliff Richard in 2010

In his Cliff Richard: The Dreamer, the star recalled: “Van said something that I didn’t properly understand.

“He said that he thought he belonged to a purple-blood group, which seemed to be some sort of rarefied spiritual royalty.

“I really wasn’t quite sure what to say to that.”

Sir Cliff made a quip about not knowing whether his blood was “purple or red” but stated that he believed in “a being that is greater than all of us”.

He admitted that Van and him “didn’t exactly agree on the meaning of life” but thought it was positive that they “didn’t argue either”.

By that point, Sir Cliff’s frustration with the singer had worn off.

He wrote: “Apart from turning up late, he was extremely polite to me.

“I went home after an hour or so, leaving that purple blooded van in the studio finishing off his red wine.”