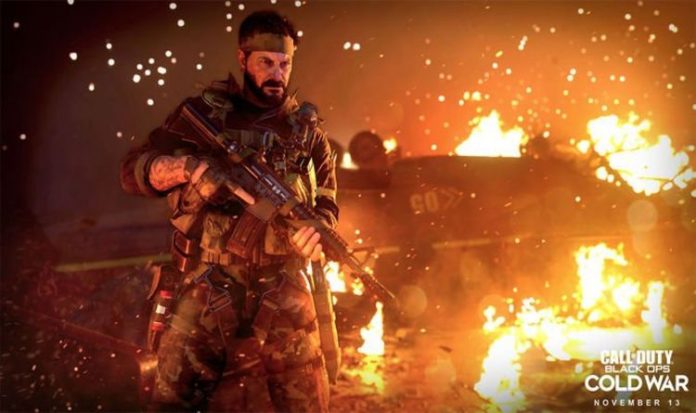 It’s been a busy week for developers Treyarch, with a flurry of new COD updates being released for Black Ops Cold War. The latest was launched on November 23, bringing with it various balancing changes.

Patch notes have been released by the development team, confirming what gameplay aspects are being tweaked ahead of the headline Nuketown update going live in Call of Duty Black Ops: Cold War today.

Treyarch is looking to improve the overall experience of the campaign and Zombies, as well as trying to remove serious glitches from multiplayer modes.

The most recent patch was released on November 23, just a day before the launch of the new Nuketown map and didn’t include any major weapon buffs or nerfs. It instead focuses on improving player spawning, and the popular zombies mode.

Meanwhile, today’s patch will be different, as it will bring new content to Cold War, including the recently revealed Nuketown 84 map, the latest addition in a long line of Nuketown remakes.

This latest version is once again set in the desert, only this time at a sister site that has been transformed into a commune of sorts.

“We wanted to flip it on its head from some of the last things that we’ve done in the last iterations, because we know player expectations are high,” explained creative specialist Miles Leslie.

“In this version of Nuketown – Nuketown ’84 – it’s actually a sister site to the original Nuketown.

“This place has been decommissioned and abandoned for 30 years. Travellers and people that want to escape come, and they’re escaping that harsh world, that backdrop of the Cold War.”

The good news is that Nuketown ’84 has a November 24 release date across all platforms and will be free to download.

And before that happens, Treyarch has launched a free bundle based on the iconic Black Ops map.

A message from Treyarch confirming how to claim it reveals: “As a special thank you to everyone who played Black Ops Cold War since its release, every player who logged in from when the game launched on November 13 to 10 a.m. PT on November 20 will automatically receive the Nuketown Weapon Bundle.

“The Nuketown Weapon Bundle will also be included with every purchase of Call of Duty: Black Ops Cold War from now until December 4 at 2 a.m. PT, making this Black Friday season a great time to jump into the next generation of global combat if you have yet to experience it.

“So long as you log in and play the game before December 4, you’ll receive this bundle on top of any edition-specific rewards included with your purchase.”

Activision has confirmed that the Call of Duty Black Ops Cold War Nuketown DLC is launching on Tuesday, November 24, across all platforms.

The official Call of Duty update time has been set for 10am PT, or 6pm GMT, if you live in the UK.

Developers Treyarch has also announced that there will be an experience boost during the Nuketown launch week, telling gamers:

The most recent patch was released on November 23, with more update notes expected to be released by Treyarch with today’s Nuketown launch.