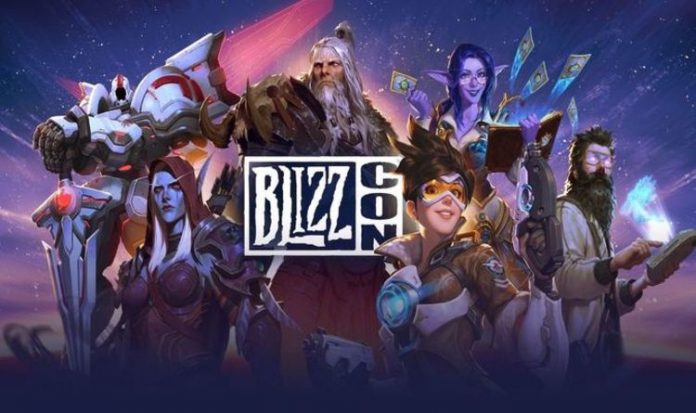 Blizzard has revealed the full schedule for the 2021 BlizzCon event.

For fans living in the UK, the online-only event takes place from February 19 until just after midnight on February 21. It all begins with the BlizzCon opening ceremony at 10pm GMT.

The event, which fans can watch online for free, will be broadcast across six different channels.

There are channels dedicated to World of Warcraft, Overwatch, Diablo and Hearthstone, as well as one all-encompassing Blizzard channel and another featuring titles such as Starcraft.

Needless to say, all eyes will be on the Overwatch channel, where Blizzard will broadcast a special behind-the-scenes look at Overwatch 2.

“The Overwatch team gives a sneak peek behind the scenes of Overwatch 2,” reads the official video description. “Join them as they dive into the development process and share some work in progress.”

The rest of the weekend will be dedicated to Overwatch League documentaries, as well as Community Showcase events, Overwatch sound and music features and more.

Over on the Diablo channel, fans will probably want to tune in to the Diablo: What’s Next broadcast at 11.10pm on February 19.

Fingers crossed we find out more about Diablo 4 during the stream, and the rumoured Diablo 2 remake.

World of Warcraft is also getting a “What’s Next” event, where the development team will discuss new content and lots more.

This will be followed by a World of Warcraft Deep Dive with members of the creative studio.

It’s unclear exactly what will be revealed during the BlizzCon event, although it was previously revealed that Overwatch 2 would make an appearance.

In a developer update on YouTube, Overwatch director Jeff Kaplan said: “As you know our big focus is Overwatch 2, which we will be talking more in February with BlizzCon Online coming up.

Expect the behind-the-scenes broadcast to feature a glimpse of some of the upcoming maps, characters and new gameplay.