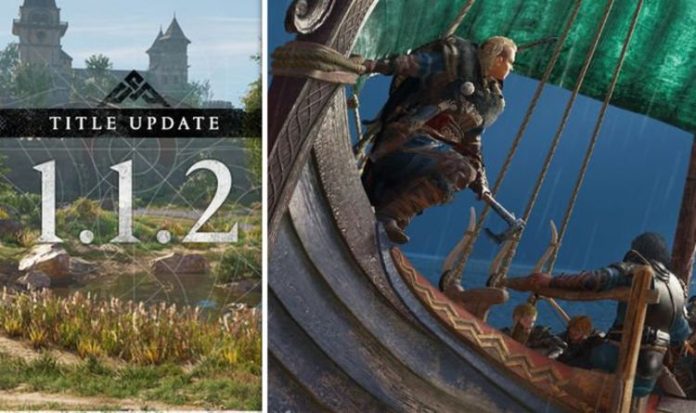 Assassin’s Creed Valhalla has been given a brand new update on PlayStation, Xbox and PC.

While the bumper file size is less than ideal, the new additions are most certainly worth it.

According to the patch notes (below), River Raids are a “highly replayable mode that will take you to unexplored regions of England”.

Needless to say, the new game mode gives players the chance to earn new loot and rewards, and to explore new locations.

That’s on top of the usual bug fixes, balance changes and gameplay improvements we’ve come to expect from such a sizeable update.

• Prepare your Jomsviking crew for this new highly replayable mode that will take you to unexplored regions of England, which is full of raiding opportunities.

• The River Raids Mode is part of the Yule Season content. It is free for all Assassin’s Creed Valhalla players, and it is accessible in-game after downloading Title Update 1.1.2.

• Berserker Trap: This attaches a trap to your arrow, spreading hallucinatory powder. Any nearby movement causes the trap to trigger. Surprise clueless passersby!

• Battle Cry: In a fit of rage, Eivor lets out a blood curdling scream, gaining strength and causing nearby enemies to stumble backwards in fear, interrupting their attacks.

• Assassin Carry: Automatically carry a body after a successful assassination.

• Assassin Slide: Slide into enemies and knock them off balance while sprinting.

• Power Stroke: Trigger a speed boost on the long ship at the cost of stamina.

• Arrow Looter: Eivor has a greater chance of looting arrows from archers.

• Fight Ready: Always start a fight with an adrenaline-filled slot.

• Long Ship Brace: When you are in command of the long ship, the crew will raise their shield with you.

• Runes and used resources to upgrade Berserker gear will be returned to the player inventory when an item is lost.

• Addressed an issue that caused players to leave disguise mode if players perform any attack while riding.

• Addressed an issue that prevented players from catching fish in the sea or on coastlines.

• Addressed an issue that caused school of fish to take a long time to respawn after one was caught.

• Items purchased at the Animus Store will only be given to players after returning to England from Vinland.

• Addressed an issue that prevented fabric from being available. Everyone liked that.

• Added date of purchase to items listed in the owned section of the store.

• Removed diamond rune slots from gear set pieces other than torsos. Runes that were slotted into these will be returned to the player inventory.

• Addressed an issue that caused explosion VFX to be missing when oil jars explode. Oil jars will now go BOOM.

• (PS4/PS5) The Muspell Warg mount will now burn with the fires of Hel!

• The blood of your enemies will now soil all clothing.

• Addressed an issue that prevented visual effects of the Draugr set to be displayed.

• Addressed an issue that caused arrows to disappear from the quiver after reequipping the bow from the inventory.