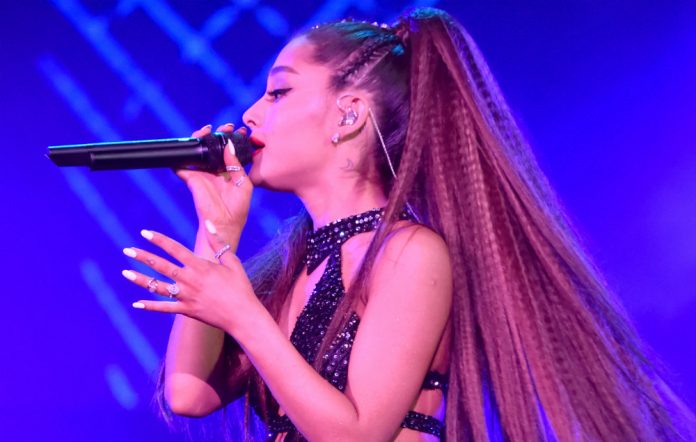 Fourth album ‘Sweetener’ is due this summer.

Ariana Grande has revealed the artwork for her upcoming album, ‘Sweetener’.

She’s previously revealed that ‘Sweetener’ – her fourth studio album – will be released this summer.

Grande – who recently got engaged – has been teasing the cover on Instagram over the past, dropping it tile by tile.

The artwork features an upside down headshot of the singer, with her hair tied back in a low ponytail.

The singer also posted a teaser for the video to ‘The Light is Coming’, the single she wrote with Nicki Minaj, which waill also feature on ‘Sweetener’.

Fans will be able to watch the video exclusively on Reebok’s website tomorrow (June 20), which coincides with the track’s release date.

Grande was announced as one of Reebok’s creative partners back in January, for their SS18 campaign, along with Gigi Hadid, Rae Sremmurd and Teyana Taylor.

Of course, this isn’t the first time Ariana Grande has collaborated with Nicki Minaj.

The pair most famously teamed up on 2016 track ‘Side to Side’, from Grande’s ‘Dangerous Woman‘ album.

Meanwhile, the rapper recently defended her ‘hypocritical’ song lyrics, after being accused of slut shaming, following a magazine interview.