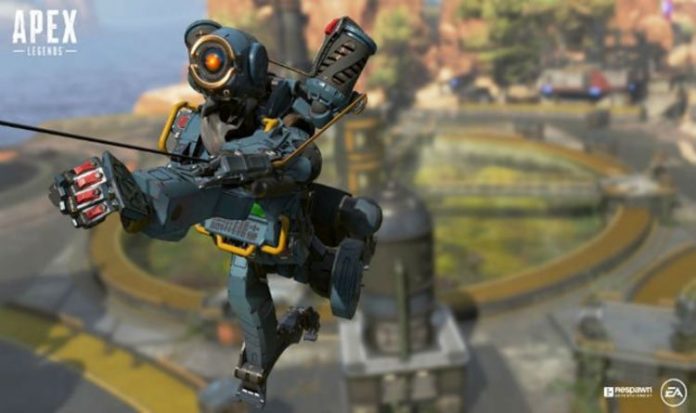 Some gamers might have to wait a little longer to download and play Apex Legends Season 8 today.

With the new update coming out at 6pm GMT – sometimes a few minutes later on PS4 – there are lot of gamers queuing their downloads.

Today’s Apex Legends update size is reported to be between 24GB and 48GB, making it a sizeable download.

And not only is this a big Apex Legends update, but Season 8 download speeds are reportedly slow.

This is likely due to the added pressure on servers, with fans hoping in the future for changes.

One gamer on PC reports: “I’m downloading it right now. There is some unpacking that throttles the HDD so you can’t download it at max speed unless the game is on SSD.”

Another adds: “Updates don’t take up all the space they require, it will take up some space, but imagine most of those gigs are the game basically rewriting itself.”

“Season updates need to re-download most of the game on console, PC can just get what is added/changed. Probably a reason, but IDK why.”

For those interesting in today’s Apex Legends patch notes, you can find them listed below:

We know Wraith will always be a popular pick considering the amount of combat utility in her kit. After many tweaks to her abilities and animations, the fact remains that her win rate continues to be at the very top as it has since day one. With Season 7 hitbox adjustments to Pathfinder, we were able to control his power without nerfing his kit. We hope to do the same with Wraith.

Wraith now has a slightly larger hitbox than her fellow small legends, but the changes stay true to her model. As you can see in the before and after comparison, we’re adding some width mostly in the torso and leg areas:

Even with these changes, Wraith remains small and hard to hit. She will retain Low Profile as we monitor her usage and win rates to see if power can be given back in other ways in the future.

Rampart has remained at the bottom across our performance metrics since her release. Her kit is very much built around proactively setting up a powerful position, but in a game as fast-moving as Apex, we determined her walls should have some reactive power as well. We’re keeping a careful eye on this one.

Horizon released strong, to the point where she rivals Wraith in win rate and pick rate. For the time being, we are monitoring her usage and checking whether or not the cooldown changes have a significant effect.

Launch Pad Remastered: Many players may have known about Octane’s “super-jump” that was possible with a well-timed jump while hitting the pad. Once the double-jump option was introduced, there was an input clash that led to unreliable usage. We decided to add some launch options that are better defined than the old super-jump.

This change was mistakenly mentioned in the Fight Night patch notes when it was in fact coming with this patch. Mirage decoys will now have footstep audio in a limited capacity. There won’t be a footstep tornado if an enemy Mirage ults nearby, but it should be slightly harder to pick out the real Mirage from audio cues alone.

Meet Fuse: a mercenary-turned-cage fighter who never turns down a good dust-up. His affinity for explosions allows him to carry extra grenades and to throw them faster and further. He can launch a cluster bomb with airburst explosives. And when it’s time to really bring the boom, Fuse uses “Wally” to launch a bombardment that encircles an area in a ring of flames.

Launch a bombardment that encircles a target area in a wall of flames.