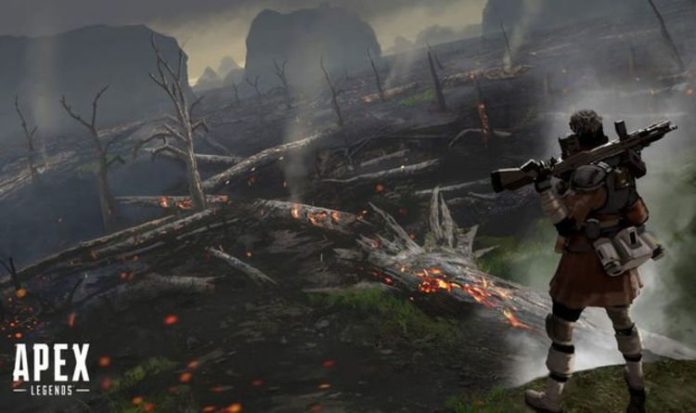 Developers Respawn Entertainment has confirmed that the next big Apex Legends event is kicking off today, February 9.

And while we don’t have a set schedule to follow, we have a pretty good idea when things will be kicking off.

We also have a good idea of what will be included and what gamers can expect from the returning Locked and Loaded playlist Takeover.

The good news is that today’s Apex Legends Anniversary event is coming to all platforms at the same time, meaning crossplay will be fully enabled across PS4, Xbox One, PC and next-gen consoles.

Next month will see Nintendo Switch added to that list, but it won’t be in time for the this week’s anniversary celebrations.

A message from Respawn explains: “It’s been two incredible years since we launched Apex Legends, and this year, we’re celebrating!

WHAT TIME DOES THE NEW APEX LEGENDS EVENT START?

Developers Respawn has confirmed that the new Apex Legends Anniversary event will be kicking off on Tuesday, February 9, 2021.

This will be a unified release, meaning it will be available across all platforms until the scheduled end time on February 23.

We don’t have a set schedule, but based on previous launches, the new Apex Legends event time could be set for around 6pm GMT.

Respawn has confirmed that there will be plenty to do during the new event, including the chance to pick up some older items.

“We’re bringing back 24 fan-favourite items and giving them a fresh look with crimson red and gold touches.

“If you’ve missed out on a skin you really wanted in the past, now’s the time to snag it, but with a new look that lets others know you were here in the early days of Apex Legends.

“Normally, unlocking all the items in a Collection Event unlocks a specific heirloom. But you only turn two once, so we’re mixing it up a little bit.

And here’s what we know about the new Apex Legends event content coming this week:

As a thank you for dropping with us, we’re loading up the Reward Track with 22 earnable items, including two Event Packs and ten Apex Packs.

Plus, during the event, you’ll receive five awards (three matching stat trackers for Bangalore, an Apex Pack, and an event badge) just for logging in for the first time.

All Common/White level attachments and equipment will also be removed from the loot pool (outside of Common scopes) during the takeover. Drop in and knock ’em out!

To continue the celebration, we’re giving you some fun challenges to go after with new badges to earn.

Get the “Daily Discovery” Nessie Badge by completing 75 Daily Challenges. Respect your elders and earn the Mozambique Badge by dealing 102,816 Damage (get the reference?)

Earn “Time to Win and Stay Alive” with 8 different Legends to get the Smolfinder Badge.