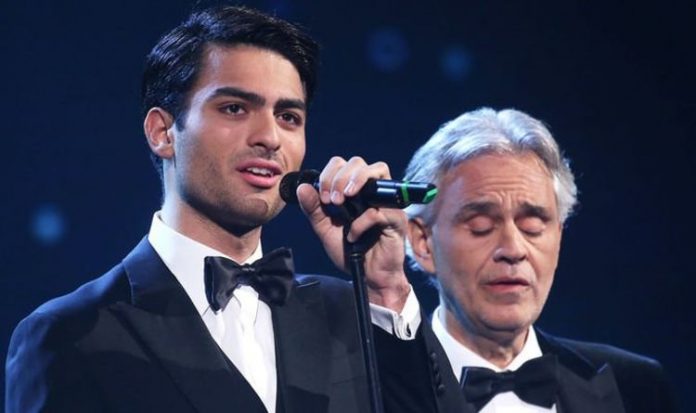 Fall On Me was released in 2018 and early in the following year, Matteo performed the song at the Sanremo Music Festival.

This was the place where Andrea made his own debut in 1994, scoring the highest marks ever recorded in the newcomers’ section.

At the same time, Matteo began to talk about plans for a solo album. Through the past two years, he has posted teaser images of himself in the recording studio.

In October last year, he tagged two classic images in a recording studio.

First he wrote: “When you have the chance to spend some time in an amazing studio with some incredibly talented songwriters from all over the world you can only say… grazie.”

He followed that with: “Sessions, sessions, and more sessions to make a #newrecord.”