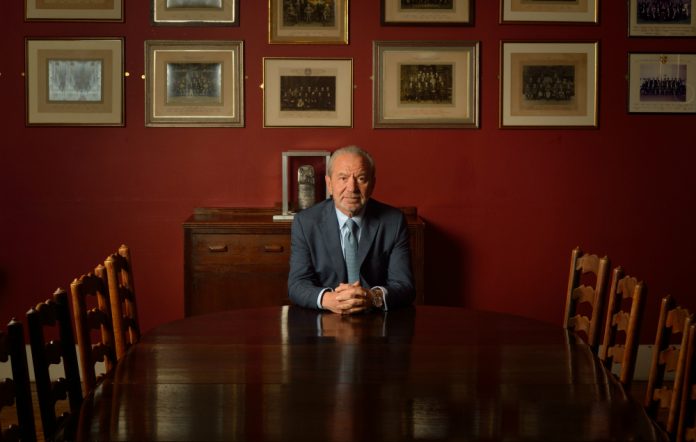 Lord Alan Sugar has been criticised for sharing a ‘racist’ joke on Twitter this morning (June 20).

The entrepreneur and host of The Apprentice took to the social media platform this morning to share a photo of the Senegal international football team, crudely Photoshopped to include a selection of sunglasses and handbags. “I recognise some of these guys from the beach in Marbella. Multi tasking resourceful chaps” reads the caption.

The star has been roundly criticised for the move, but despite the backlash, he remained steadfast, insisting that “it’s a joke” and “meant to be funny”.

Sugar later tweeted: “Just been reading the reaction to my funny tweet about the guy on the beach in Marbella. Seems it has been interpreted in the wrong way as offensive by a few people. Frankly I cant see that I think it’s funny. But I will pull it down if you insist.”

Earlier this year, Sugar was caught out by a spoof article claiming Taylor Swift has a swastika tattooed on her face.

Satirical news site The Onion published a story with the headline “Taylor Swift grateful Kanye West controversy taking heat off new swastika tattoo”. The “news in photos” article comprised of a photoshopped image of the singer with a big, black swastika covering her left cheek.

“Eh I don’t get this,” Sugar wrote on Twitter, quoting the publication’s piece. “Can someone explain is she making a statement or what?”

Some of his followers were also caught out by the satirical tone, with one responding: “It defies me, Lord Sugar! I can only say that if there’s some supportive message in there, it’s lost on me! Thoroughly tasteless. Corbyn would probably like it.”

“I doubt she knows what she’s doing either,” another added. “Seeking attention!”