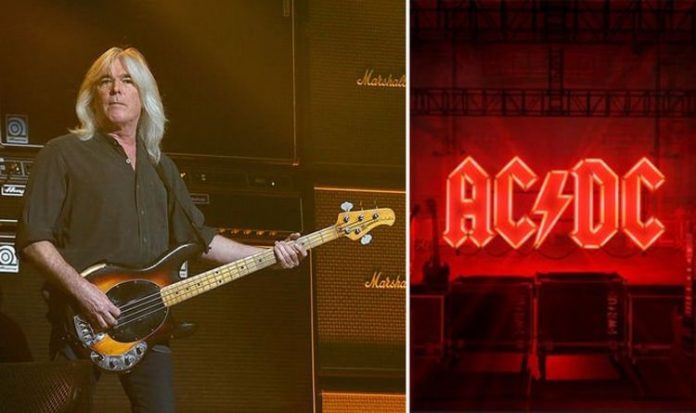 Following the conclusion of the 2016 Rock or Bust world tour, AC/DC bassist Cliff Williams announced his retirement from the band. In a tearful goodbye, the then 66-year-old, who has been with AC/DC since 1978, gave his reasons. Cliff said: “It’s time for me to step out, that’s all. Not because we’ve lost Mal, Phil or Brian.”

“It’s just, I’m ready to get off the road and do what I do in between tours. I’m happy. I just need family time, just chill out and not do this.

“I couldn’t have asked for anything more – being with the people I’m with and have been, being in this situation with this band, playing this music.”

The AC/DC bassist ended his retirement announcement video with a tear in his eye and hands on his heart.

But then a year later Malcolm Young died after a battle with dementia and AC/DC were back in the studio recording a new studio album in tribute to the late rhythm guitarist.

Speaking on Dean Delray’s Let There Be Talk podcast, Cliff said: “If Back In Black has Bon Scott all over it, for me, Power Up has got Malcolm Young.

“This is for him. And it’s the band that we played together with for 40-plus years. And I wanted to do that — I wanted to come back and do that.”

The 70-year-old said how AC/DC had some “great rehearsals” earlier this year before the pandemic kicked off.

The semi-retired AC/DC bassist admitted it was for both his physical and mental wellbeing.

He explained: “I definitely have some physical issues, which I won’t bore you with the details of.

“But, yeah, it’s tough. I’m very grateful for everything.

“It’s been fantastic. But I just don’t wanna do that anymore.”

The short clip featured Angus Young putting on his iconic school uniform, saying “Got my schoolboy charm together”.

The new music video premieres on the official AC/DC YouTube channel at 3pm GMT on Monday, with exclusive conversation with the band and video director David Mallet beginning 15 minutes before.