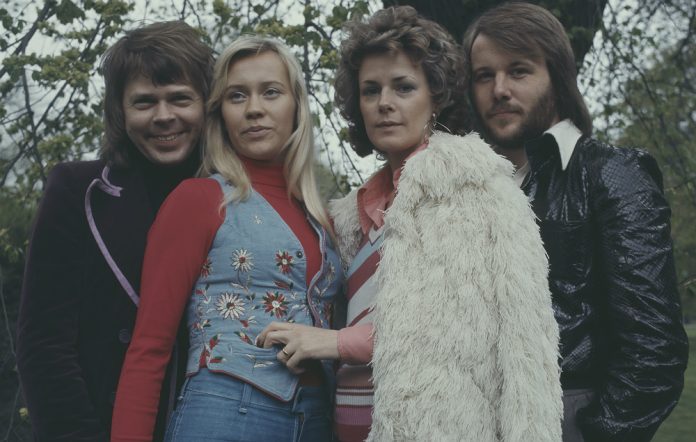 After announcing their surprise reunion earlier this year, ABBA have now shared definitive proof that they are currently recording together.

Back in April the Swedish pop veterans announced that they’d recorded their first new material in 35 years. They’re set to reveal both songs – ‘I Still Have Faith In You’ and another new song – on a TV special in November, ahead of a ‘virtual’ hologram ABBA tour in 2019. A spokesperson for the band has denied rumours of a Glastonbury set in 2019.

Now the band’s manager Gorel Hanser has shared the first photographic evidence of the iconic four-piece back together on their Instagram account. The pictures show the group recording at RMV Studio in Stockholm, Sweden. Located on the island of Skeppsholmen – located in the centre of the city – the studio has been the headquarters of ABBA’s Benny Andersson for many years.

A caption for the image – which shows Benny Andersson, Bjorn Ulvaeus, Agnetha Faltskog, and Anni-Frid Lyngstad recording together – also confirms that ABBA’s two new songs will be released at the end of 2018.

Asked about the direction of ABBA’s new material, Benny Andersson said: “One of the songs is like we would’ve written it [for] today. The other, we could’ve written in 1972.

“I think so,” Bjorn Ulvaeus agreed. “It certainly sounds ABBA very much. If I were to listen to the British Top 10 today, I’d have no idea what’s going on.”