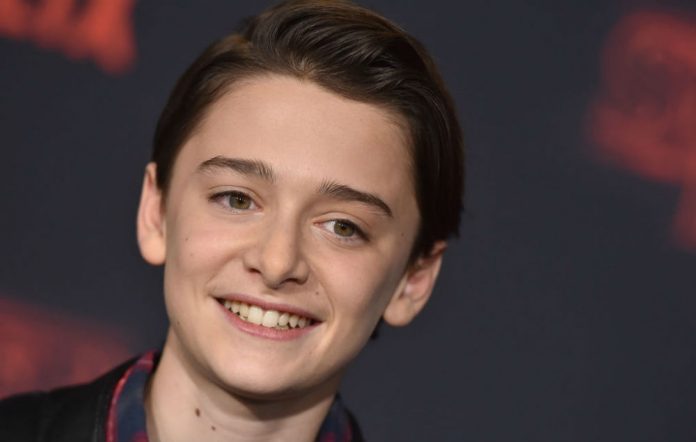 The original series will be released in September

A ‘Stranger Things‘ comic and graphic novel series has been announced.

Netflix has joined forces with Dark Horse – the team behind the Buffy the Vampire Slayer comic series – to explore even more of the Upside Down.

Writing in a post on Instagram, Dark Horse detailed that the creators behind the series will be Jody Houser, Stefano Martino, Keith Champagne, Lauren Affe and Nate Piekos.

They also released the cover for ‘Stranger Things #1’, created by artist Aleksi Briclot. The issue will come with three variant covers – one from Rafael Albuquerque, another from visual artist Kyle Lambert, and a photo-variant cover designed by Patrick Satterfield and Netflix. You can see the Instagram post and all three covers below.

Dark Horse President and Founder Mike Richardson said: “Dark Horse is known for championing stories and storytellers. We are so excited to work with Netflix to bring the world of Stranger Things to comics.”

The first issue will follow Will Byers as “he enters a dimension of decay and destruction where he must use his wits and resolve to dodge the pursuit of the Demogorgon and escape the Upside Down.”

‘Stranger Things #1’ is the first release in a four-part series and will be available to buy from September 26, 2018.

Dark Horse have promised that the line of comics and young adult graphic novels will ‘expand the world of Hawkins and its many inhabitants.’

Earlier this month, a Stranger Things book series was announced. The first will reportedly explore Eleven’s mother, Terri and her involvement in the MKUltra program. It’ll be written by Gwenda Bond, who is known for previous works Girl on a Wire and Girl in the Shadows.

A ‘Stranger Things’ video game has also been announced.