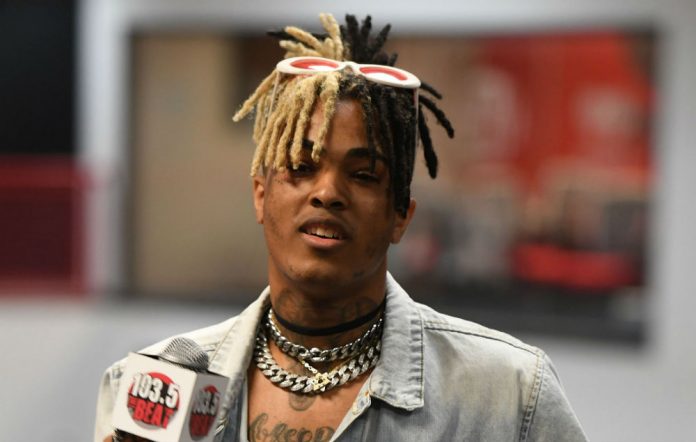 The 20-year-old was shot and killed earlier this week

The 20-year-old was shot by two men in a dark coloured SUV as he left a motorcycle shop in Fort Lauderdale. He later died in hospital.

“On June 18, 2018, Jahseh Onfroy—known worldwide as XXXTentacion—tragically passed away from a gunshot wound in Deerfield, Florida,” the statement begins.

“In deference of his family , friends and loved ones and in light of further investigation, we ask that their privacy is respected at this time,” he added.

“XXXTentacion touched the lives of millions around the globe and will forever reside in the hearts of countless fans who listened to his music, attended his concerts, and felt the glow of his uncontainable, undeniable, and unique spirit.” You can see the statement below.

He then denied any involvement and added: “My condolences go to the man’s family and whatnot.”

“I had nothing to do with it, but I’m going to keep my head up and stay positive like I always do,” he continued.

Soldier Jojo added: “We respect everybody, straight up. We ain’t with none of that shit man, I respect that man for who he is, and RIP to that man.”

Meanwhile, a video of XXXtentacion claiming to ‘still be alive’ also began circulating yesterday. It was later revealed that the clip was from 2017.