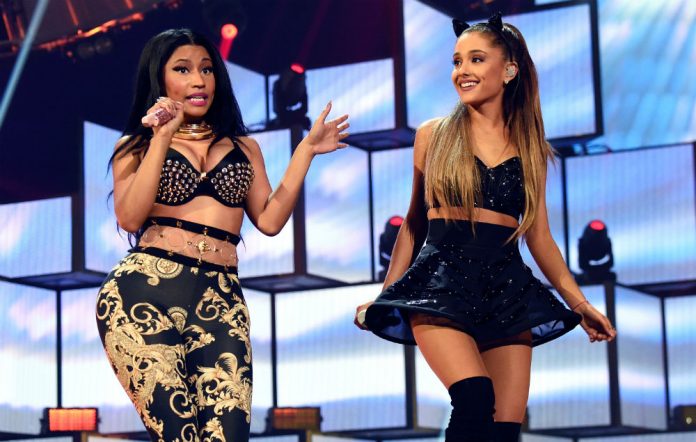 The track was produced by Pharrell

Ariana Grande has shared her new song ‘The Light is Coming’ after teasing it for the past few weeks.

‘The Light is Coming’ is taken from Grande’s forthcoming new album ‘Sweetener’. She revealed the artwork for the album yesterday.

Featuring Nicki Minaj, the track was also produced by Pharrell. A music video for the song is set to drop today (June 20) exclusively on Reebok.com. Listen to it below.

the light is coming (feat. Nicki Minaj), a song by Ariana Grande, Nicki Minaj on Spotify

Grande was announced as one of Reebok’s creative partners back in January, for their SS18 campaign. Gigi Hadid, Rae Sremmurd and Teyana Taylor are among some of the other creative partners.

‘Bed’ is the latest preview from ‘Queen’, following on from ‘Rich Sex’, featuring Lil’ Wayne, and the singles ‘Chun-Li’ and ‘Barbie Tingz’. Aside from ‘Barbie Tingz’, those tracks are all currently expected to make the final cut of ‘Queen’.

Earlier this year, Minaj announced that the release date for the album had to be pushed back to August. Originally set for a June 15 release, the album will now be out on August 10.

This marks another collaboration for Pharrell this year, after appearing on Janelle Monáe’s latest album ‘Dirty Computer’ on the track ‘I Got The Juice’.

Monáe recently announced two UK shows, where she’ll be performing in London and Manchester. Full dates are below, and you can grab tickets here.