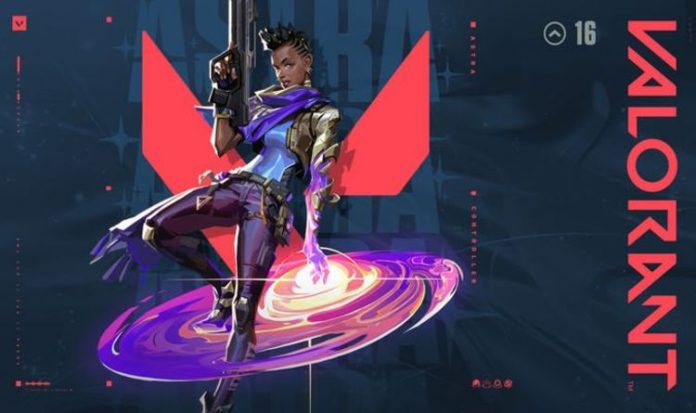 Riot Games are preparing to shake up the game’s meta yet again in 2021 with the introduction of another new character.

And the good news is that gamers won’t be waiting long for the Valorant Episode 2 Act 2 release date, which is officially kicking off this week.

The next big game update will not only launch Astra in Valorant, but it will also boast a new Battle Pass.

But it seems pretty likely that Valorant players will be focusing on putting Astra through her paces, rather than unlocking new cosmetics.

Astra hails from Ghana and will offer a new set of skills that are astronomy-themed and could create some interesting meta options.

The release date of Astra will make it possible to keep track of the enemy movements from on high.

The only downside is that you will be leaving your body on the terra firma, meaning that it will be open to attack.

But the new options this will open up to disrupt the opposing team will likely make Astra a mainstay for the month of March.

The official character description explains: “Ghanaian Agent Astra harnesses the energies of the cosmos to reshape battlefields to her whim. With full command of her astral form and a talent for deep strategic foresight, she’s always eons ahead of her enemy’s next move.

And for those interested in Astra’s Cosmic Divide ability, Riot Games confirms: “ACTIVATE to enter Astral Form where you can place Stars with PRIMARY FIRE. Stars can be reactivated later, transforming them into a Nova Pulse, Nebula, or Gravity Well.

“When Cosmic Divide is charged, use SECONDARY FIRE in Astral Form to begin aiming it, then PRIMARY FIRE to select two locations. An infinite Cosmic Divide connects the two points you select. Cosmic Divide blocks bullets and heavily dampens audio.”

WHEN IS ASTRA AND VALORANT EPISODE 2 ACT 2 COMING OUT?

Riot Games has confirmed that the Valorant Act 2 and Yoru release date have been set for Tuesday, March 2, 2021.

March 2 is also when the new updated Battle Pass will be going live, complete with a 1,000 VP price tag.

Valorant Act 2 is scheduled to run for around seven weeks and will include a Prism III Axe melee, as well as the free Prism III Classic pistol and Dumpster Fire spray.

Riot Games has not confirmed the exact start time for Valorant Act 2 but the development team are expected to launch it at different times, depending on regions.

While Valorant Act 2 starts on March 2 in the United State, gamers in Europe might have to wait longer, possibly until March 3.

We should find out more from Riot Games in the coming hours, with a full plan expected to be announced soon.

Speaking about the upcoming release of Astra as part of Valorant Act 2, John Goscicki, Product Lead for Characters, shared this with fans, revealing:

“With Astra we wanted to make a controller that was thinking about the whole map. Her global presence was there right from the beginning. From there the fine tuning was in finding the right abilities to balance predicting enemies’ actions and reacting to changing game circumstances.

“We love that Astra has a (literally) different perspective on the map and from that top down view starts naturally thinking about all the different ways a round could go and how to account for them. However, you can’t always be in the driver’s seat dictating the flow of a round, so giving her some ability to react and change her plan was critical, though dangerous, as you leave your physical body vulnerable.

“We wanted her skill expression to be about gathering information and turning that into a plan, where the execution phase is less about precisely targeting a grenade throw and more about seeing if your read on the enemy came together how you hoped.”