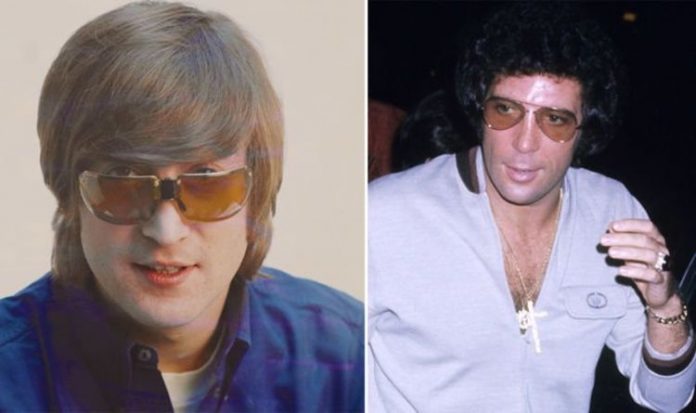 Lennon was famous for his sharp tongue. Although he often explained his comments away as dry humour, they often had a harsh bite and were sometimes a little cruel. In 1965, Jones was a young aspiring star, enjoying his first hit on the charts, It’s Not Unusual. He was not expecting the biggest pop star in the world to insult him when they met backstage on the TV show Thank Your Lucky Stars, but he was ready to fight back. And Elvis was very impressed when he heard the story later.

Jones said: “I was doing Thank Your Lucky Stars. I had It’s Not Unusual out, my first hit record, in 1965. The Beatles were on the show.

“John Lennon was the first one out on the floor and he looks up at me, you know, and he’s got the guitar and he says (to the tune of It’s Not Unusual), ‘It’s not a unicorn, it’s an elephant.'”

But that still wasn’t the worst…

A few years afterward, the Welsh star described the moment to Elvis. The pair became close friends when they both had various residences in Las Vegas during the late 1960s and early 1970s.

Elvis had famously fallen out with Lennon the only time they met, also in 1965. They had completely opposing views of the Vietnam war – the Beatle was a lifelong and very vocal pacifist while Elvis had proudly done his military service in Germany.

Elvis even lobbied President Nixon to have Lennon thrown out of America.

Jones’ manager in Vegas, Chris Hutchins, had also been the man who set up the Beatles’ meeting with The King so he was aware of the history.

He described what happened when the subject of Lennon came up one night.

Jones was stopped from retaliating back in 1965 by his manager.

Jones later added: “Paul McCartney said to me, ‘If John Lennon made fun of a song, it means he likes it, because he wouldn’t make a comment on it if it didn’t strike him.'”

Ten years after the original meeting, Jones enjoyed seeing Lennon cut down to size at a televised gala to celebrate media titan Lew Grade in New York on April 25, 1975.

Jones opened the show with a typically full-throated and big-haired version of I have Dreamed from the musical The King and I, followed by a hip-swivelling, funktastic version of his hit Yes It Is.

Lennon started his own set with a rousing rocked-up version of Slippin’ and Sliding’ followed by Imagine (not Stand By Me, as he says in the video).

Tom came back on at the end of the show to duet with Julie Andrews on You Will Be My Music, before all the stars gathered backstage and JOnes had that final last laugh.

Jones said: “After we did the show we were waiting to go on stage, hanging in the wings. Lord Mountbatten was there, I think he was the master of ceremonies.

“He walks up to me, he passes John Lennon and he comes up to me and he says, ‘Mr Jones, the royal family think you are wonderful. I said, ‘Oh, thank you very much, Sir.'”

Actually, Lennon received an MBE in 1965 which he had returned four years later, but it might explain why he was out of royal favour.

Jones added: “And [Lord Mountbatten] just kept walking. So I was laughing.”