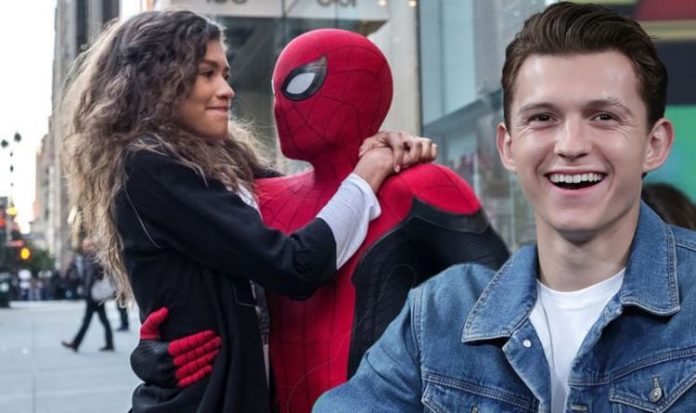 Spider-Man: Homecoming swung onto screens in 2017 shortly after Peter Parker’s (played by Tom Holland) first appearance in Captain America: Civil War a year prior. The film was an unbelievable success, making over $880 million at the box office, cementing a new franchise for the Marvel Cinematic Universe.

Two years later, Spider-Man: Far From Home made its arrival on screens, shortly after the epic Avengers Endgame brought the franchise’s ongoing stories to an end.

The film was also an incredible success, introducing Oscar-nominated actor Jake Gyllenhaal into the mix as Quentin Blake – otherwise known as Mysterio.

Garnering an astonishing $1.32 billion at the box office, it is certain that the latest Spider-Man series is here to stay.

Although COVID-19 has stunted a number of franchise’s new films, nothing is going to stop the third film in the franchise from kicking off this year.

The as-of-yet unnamed Spider-Man 3 is due to arrive in cinemas on December 17, 2021, and fans have been teased a number of enormous rumours.

While nothing has been said about this new film for some time, star of the show Holland has now opened up on the first big announcement for the movie.

The Spidey star posted a short Instagram Story – which is at the top of this article – overnight as he wore his mask, and walked away from a plane.

Filled with glee, the 24-year-old said: “So, we just landed in Atlanta [Georgia].”

Included in this line-up is none other than former Spider-Men Andrew Garfield, and Tobey Maguire.

The rumour surrounding the return of these two characters has sparked rumours that a live-action Spider-Verse movie is on its way to screens.

What’s more, there is also word online that Spider-Man’s comic book nemesis Norman Osborn could be making his debut.

Osborn was first portrayed on screen by Willem Dafoe in 2002’s Spider-Man – opposite Maguire.

But now, rumours from Cheat Sheet suggest a new Oscar-winning actor is going to be taking on the mantle of Green Goblin.

The rumour suggests that Matthew McConaughey will be arriving in the MCU as the dastardly villain.

The Spider-Man films are available to watch on Disney Plus now.