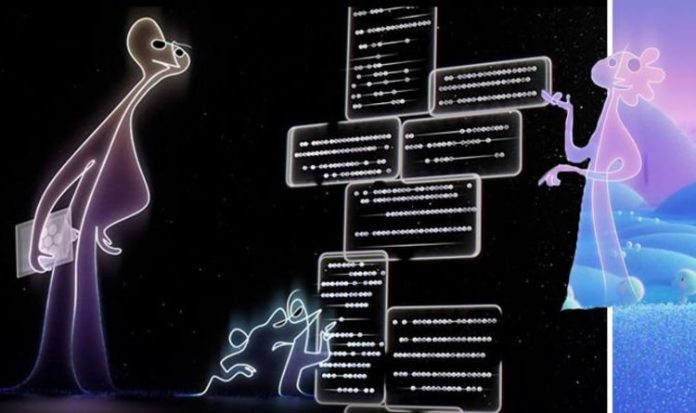 Soul is from Disney Pixar and is the latest film to come to Disney Plus, just in time for the holidays. Fans have been able to enjoy it since Christmas Day, and it has been greatly received. But who is the voice of the Accountant, one of the more mysterious characters in the movie?

Who is the voice of The Accountant in Soul?

Rachel House is the voice of The Accountant, who is also known as Terry in Soul.

Rachel is a New Zealand actor who has lent her voice to other famous Disney films.

One of these was Moana, in which she played Gramma Tala, and she also served as an accent and acting coach for the movie Hunt for the Wilderpeople.

READ MORE:  Michael Jackson Paul McCartney friendship: How did they fall out?

She is also a frequent collaborator with New Zealand director Taika Waititi, with whom she has collaborated on all of his movies, except for What We Do in the Shadows.

In Soul, she plays Terry, a diligent accountant whose job it is to count the number of souls entering The Great Beyond.

Terry is very concerned about this job, to the extent that he watches and uses his abacus to keep a tally in a very precise manner.

What happens to Terry in Soul?

WARNING: Spoilers for Soul ahead

It turns out, Joe has pretended to be another person in order to escape his fate and is quickly ushered into the soul mentoring programme by Jerry, the other being who operates in tandem with Terry.

Terry heads to this area in search of Joe, to be told by the Jerrys that he had perhaps escaped some other way, not realising Joe was masquerading as a mentor.

At Jerry’s request, Terry begins to look through the large heavenly filing cabinets to seek out the missing soul, and after a great deal of searching, realises it is Joe.

On showing Joe’s file to the Jerrys, they tell him he has already gone down to Earth, so Terry goes on a mission to Earth to seek Joe out.

During this time, he unwittingly frightens a young man, Paul, by accidentally extracting his soul from his body.

He apologises, though Terry’s general demeanour is not very sympathetic, and leaves Paul a gibbering mess on the floor.

Eventually, Terry finds Joe and intercepts him and Number 22 (Tina Fey) who go back to The Great Before, at which point 22 has had the spark of life.

Regardless, Joe must go to The Great Beyond after he gives up his life on Earth for 22, and is set on the travelator and counted on the abacus.

The Jerrys, however, intervene, distracting Terry and changing his abacus so Joe can head down to Earth once more, and try to live life again.

Terry is depicted almost as an antagonist, but really Joe is his own worst enemy as he refuses to realise how wonderful life can be until he finally sees the spark in Number 22.

Ultimately, everyone has the happy ending they desire at the end of the film, even Terry.

Soul is on Disney Plus now