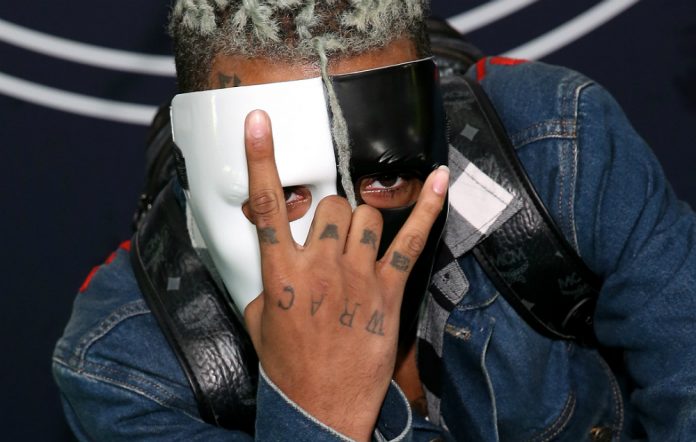 Rappers Soldier Kidd and Soldier Jojo have denied any part in the murder of XXXtentacion after rumours circulated online.

The 20-year-old rapper, real name Jahseh Dwayne Onfroy, was gunned down and shot in Miami yesterday while shopping for motorcycles. Police reportedly described the suspects as two black males wearing hoodies, with the shooter wearing a red mask. They left the scene in a dark-coloured SUV after allegedly taking a Louis Vuitton bag.

Users of social media then began to speculate as to whether or not it may have been Soldier Kidd and Soldier Jojo, but the pair have both since taken to Instagram to voice their innocence.

He added: “I had nothing to do with it, but I’m going to keep my head up and stay positive like I always do.”

Soldier Jojo added: “We respect everybody, straight up. We ain’t with none of that shit man, I respect that man for who he is, and RIP to that man.”

While the rapper spoke of his ‘tragic death’ on Instagram shortly before his death, an old video of Onfroy claiming to ‘still be alive’ has resurfaced online and caused confusion among fans. The video is from 2017.

While his life was not without controversy, yesterday saw tributes from the world of hip-hop and beyond have poured in after the controversial rapper was killed yesterday.

Kanye West, Diplo, and J Cole were among the first stars to pay tribute to the rapper following the news of his death. West tweeted a photo of Onfroy with the caption: “rest in peace. I never told you how much you inspired me when you were here. thank you for existing.”