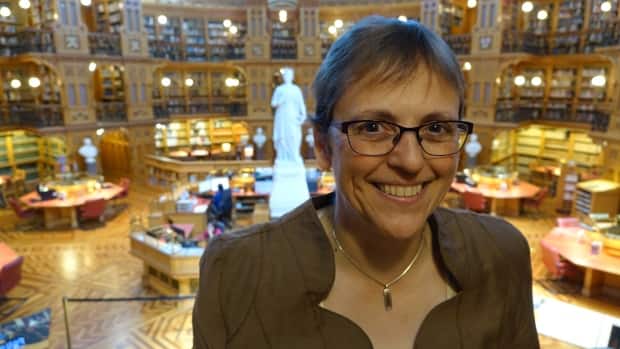 It’s neither the books nor the architecture Sonia L’Heureux says she’ll miss most when she retires as chief librarian of the Library of Parliament this week. It’s the way people react when they walk into the storied chamber.

“You see the people coming in, whether it’s a child with a school group, whether it’s a parliamentarian with people from their part of the country. They always pause coming in and look around,” L’Heureux said.

Libraries can be like that — a refuge from the hustle and bustle of the outside world. The 142-year-old Library of Parliament, with its Gothic architecture and domed ceiling invokes its own quiet, L’Heureux said.

“You see it on their faces. They calm down,”  L’Heureux said.

Her timing is fortuitous: the library will be caught up in the 10-year renovation of Centre Block, scheduled to begin later this year. 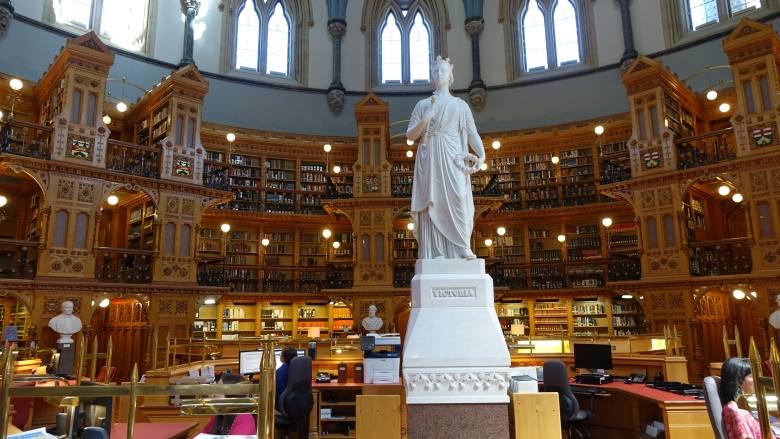 A marble statue of Queen Victoria holds a place of prominence in the Library of Parliament. The library will vacate the space for a decade as repairs to the Centre Block begin. (Hallie Cotnam/CBC)

Though the library itself isn’t part of the renovations, the work being done to the surrounding area will make it impossible for people to visit or work there.

So for 10 years, the library’s collection will be in flux, with much of it going to storage and some going to new temporary branches. The library is also putting an emphasis on its digital collection and making that more accessible.

There are also plans for virtual tours while the real thing is under wraps, she said.

“Virtual reality is not reality but, if you can’t physically come here then can we offer it differently?”

But she knows it won’t be the same for the staff, the parliamentarians, the press gallery members and other visitors.

“Many people have a bit of a love affair with this space and know we have to move and are dreading that day,” she said. “It’s a very emotional place.” 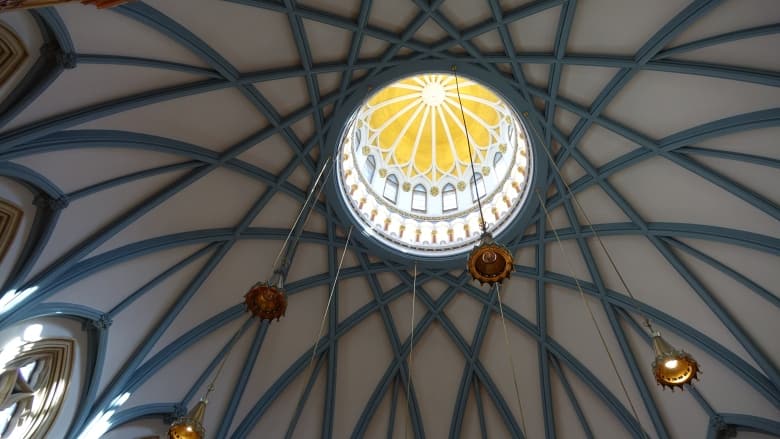 The domed ceiling of the Library of Parliament. It underwent a $136-million renovation, and was completed in 2006. (Hallie Cotnam/CBC)