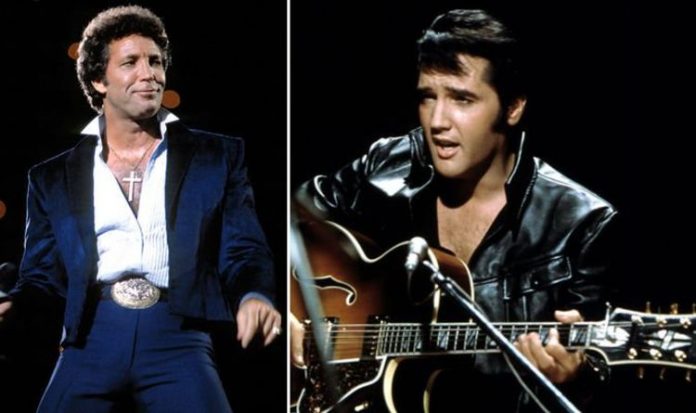 Sir Tom Jones celebrated his 80th birthday last year and is now getting ready to release his new album Surrounded By Time, featuring some classic covers from Bob Dylan to Cat Stevens. And as he debuts new single No Hole In My Head, the Welsh singer has shared why he chose Malvina Reynolds’ track. Well, it turns out the reason is linked to a moment in his early career when he was told to be less like Elvis Presley and more like The Beatles.

Appearing on BBC Radio 2’s The Zoe Ball Breakfast Show this morning, Sir Tom said he thought No Hole In My Head was perfect as he’s always been pushing back on calls to make changes when he went from Wales to London in his early career.

The 80-year-old said: “I was always getting knocked back. Somebody was saying something like, ‘Well curly hair doesn’t work anymore because of The Beatles and The Stones and everything and you’re a bit too macho.’

Interestingly, the Welsh legend was friends with The King during the sixties and seventies, regularly duetting together into the early hours of the morning in Elvis’ private Las Vegas suite.

The Welsh star added: “And I said, ‘Well not in my mind and not in my heart.’ I love fifties rock and roll, I was brought up on that.

“Like The Beatles, because John Lennon felt like that. Well, they all did. It was a very important time the fifties with rock and roll music.”

Sir Tom works very carefully with his son, manager and producer Mark, admitting that they “really work well together”.

He said: “He tells me what he thinks. There’s a track on there called I Won’t Lie which is very appropriate!”

Asked what he does to maintain his voice or if it’s just a gift, the 80-year-old replied: “Well, first of all, it’s a gift and that’s a fact. It was given to me, I didn’t choose it. God gave me this voice.

“But it’s what you do with it you see. As time goes on you feel differently about songs, about life in general. So you approach songs in different ways.”

When he announced his new album earlier this month, Sir Tom wrote on his social media accounts: “Last year, during lockdown and after 5 years of enormous person changes, I finally found the need to express myself through my music. So I got into the studio with some great friends and musicians and created a new album! Who expects what is always so completely unexpected? My personal clock started ticketing in 1940, and with all the magnificent strangeness of life on this planet both speeding up and slowing down, the album is titled Surrounded By Time.”

The 80-year-old shared how each song tells a story that comes from himself and reflects on his own experience at different times.

He continued: “It’s been a helluva ride, and I am really, really proud of this. It’s a great listen and I hope you take a moment to give it some Time. Come along with me on this storybook ride…I guarantee you’ll love it! TOM.”

Surrounded By Time is released on April 23 and is available for pre-order now.