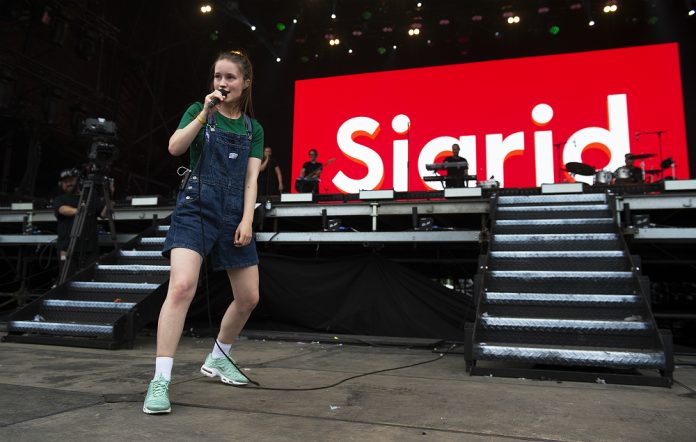 The Sound Of 2018 will be returning in November

Sigrid has announced details of her biggest UK and Ireland tour to date. Check out full dates and ticket details below.

Tipped by the NME 100 as one of the most essential new acts to keep an eye on in 2018 (as well as being crowned winner of the BBC Sound Of poll), the rising Norwegian star will be following up her summer of festival shows with gigs in Birmingham, Dublin, Glasgow and Manchester before culminating the tour at London’s O2 Academy Brixton.

Sigrid’s full upcoming UK and Ireland tour dates are in full below. Tickets to the newly-announced November shows will be on sale from 9am on Friday June 22 and will be available here.

While Sigrid is currently at work on her hotly-anticipated debut album, the singer recently unveiled the colourful video for her latest single ‘High Five’.

“‘High Five’ is about the importance of being completely open and honest with each other,” said Sigrid of the track, speaking to i-D. “We used high fives as an image of superficial relations. I love the tune, and there was such a good team behind it! Emily Warren, Martin Sjølie, Odd Martin Skålnes and I.”

“Sigrid and I talked a lot about the power of friendship,” adds director Ivana Bobic, who also shot Sigrid’s videos for ‘Strangers’ and ‘Raw’. “We love all the high school movies, and Spielberg films like E.T or Close Encounters that are in a magical world but also really they’re a metaphor for friendship.”