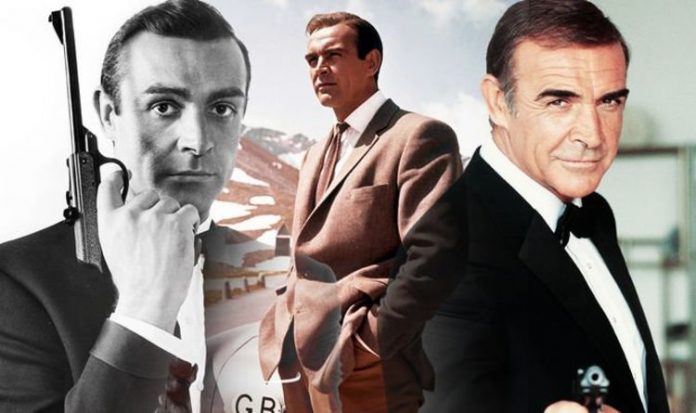 Sir Sean Connery, the original big screen James Bond, has died. Almost 60 years since he debuted in Dr No, the star’s turn as 007 remains as iconic today as it did when his 007 first hit cinemas. Now Express.co.uk has ranked all seven of Sir Sean’s Bond movies, but can you guess No 1?

This Thunderball remake saw the original James Bond returning as 007 for the first (and final) time in 12 years, while Roger Moore was still officially playing the character.

An unnecessary return, but luckily the star is redeemed by some much better films below.

READ MORE: Sean Connery at 90: What the greatest James Bond REALLY thought of 007

And while it’s an outing from Connery’s heyday, sadly it’s also pretty dull.

Those underwater sequences go on forever but, to be fair, there are some great action moments in Thunderball.

5. Diamonds Are Forever (1971)
After George Lazenby quit as James Bond having only starred in 1969’s On Her Majesty’s Secret Service, Connery was roped back in for one more official 007 movie.

A camp and humorous affair, mainly set in Las Vegas, Diamonds Are Forever is something of a guilty pleasure for 007 fans.

While Charles Gray’s take on the closest Blofeld’s actually ever been to Dr Evil is tremendous fun.

A quieter affair that was still working out what James Bond on the big screen should look like, Dr No encompasses some of the best aspects of 007 just getting on with espionage. While Honey Ryder, Dr No and his lair are just as memorable and enjoyable to watch today as they were on release.

Something of an overlooked classic, Dr No gave the franchise the foundations it’s still building on and evolving from to this day.

2. Goldfinger (1964)
Without a doubt, Goldfinger is both Connery’s and the James Bond franchise’s most famous movie.

From the painted Bond girl and Pussy Galore, to the Aston Martin DB5’s gadgets and villains Oddjob and Goldfinger himself, this is 007 in his absolute prime.

However, slower moments just knock this classic off the top spot.

A climax to the SPECTRE narrative built up since Dr No, the Roald Dahl-penned script took 007 to Japan.

There, he meets Blofeld – played brilliantly by Donald Pleasence – face-to-face for the first time in his volcano lair.

A spectacular Bond movie that really should have been where Connery left it, after completing something of a five-film arc – a narrative device used in the Daniel Craig years that will conclude in No Time To Die (his fifth and final 007 movie) next April.