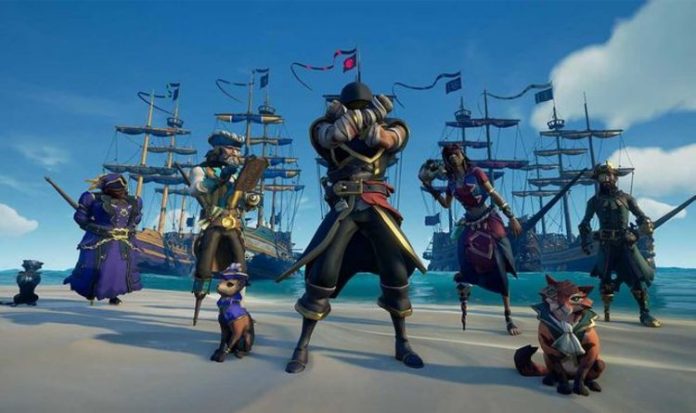 Sea of Thieves will be getting its next big patch on Thursday, January 28, 2021, with plenty of changes included.

According to Microsoft, this will be the most ambitious change they’ve made to the progression system since launch.

The main part of this will be the official launch of Sea of Thieves Season One, which will last around three months.

Microsoft says that each Season will bring new content to the game, with Season One adding a new Merchant Alliance Voyage.

More stuff is also coming later on, including new events and challenges launching throughout the Season to keep gamers entertained.

A message from developers Rare adds: “Seasonal content is free for all Sea of Thieves pirates to play, and its progression system offers a treasure trove of rewards to earn as you progress through levels of Renown – rewards ranging from in-game currency through to cosmetics, emotes and even Ancient Coins to spend in the Pirate Emporium.

“There will also be an optional premium element to Seasons via the Plunder Pass, which we’ve explained in its very own article. Access to Seasons will not be gated through this Pass, and as is the case with all our updates, the Seasons updates will be free for all players.

“While this new approach shifts the pace of major content updates to every three months, it also allows us to craft more meaningful experiences for you all and return to a more predictable rhythm of release.

“As we said back in November, we’re incredibly proud of the amount of free content rolled out in 2020 despite all the changes and challenges of remote working. However, we had to be flexible with our plans for each month – so working to this new rhythm means we have more space to deliver new and engaging, world-enriching content.”

New Trials are also being added as part of Sea of Thieves Season One, which are themed categories made up of individual Deeds that will test your adventuring, exploring and battling capabilities.

“These Deeds have been designed to suit all sorts of gameplay session lengths and will reward players with unique in-game items, running alongside recurring and one-off live Events to keep the world feeling fresh and ever-changing.

“This move to a Seasonal structure is designed to enrich the game and provide players with the freedom to enjoy Sea of Thieves their way, while making sure that a feeling of progression is present throughout a whole gameplay session.

“We know how frustrated some of you have felt when something’s gone awry and you’ve lost loot, so Seasonal play is there to let you make progress and leave satisfied every time you set sail.”

“Seasonal progression will provide pirates with the opportunity to earn a range of unique cosmetic rewards as they rack up Renown.

Each Season will introduce new clothing sets, special items and Season-specific collectibles. With these rewards, our intention is to provide variety through the Season across different cosmetic styles and categories, giving all players an incentive to push on to the next tier and unlock new rewards.”

The Sea of Thieves update will also introduce the Plunder Pass, an additional purchase that comes with 100 levels of content.

The Plunder Pass is an optional companion purchase which will cost 999 Ancient Coins. These can be purchased in packs from the Microsoft Store, or by visiting the Pirate Emporium in Sea of Thieves. They can also be obtained by defeating rare Ancient Skeletons that emerge from the ground as you explore islands in the game.

No release time has been given for the launch of Season One, but Sea of Thieves updates usually go live in early afternoon GMT.