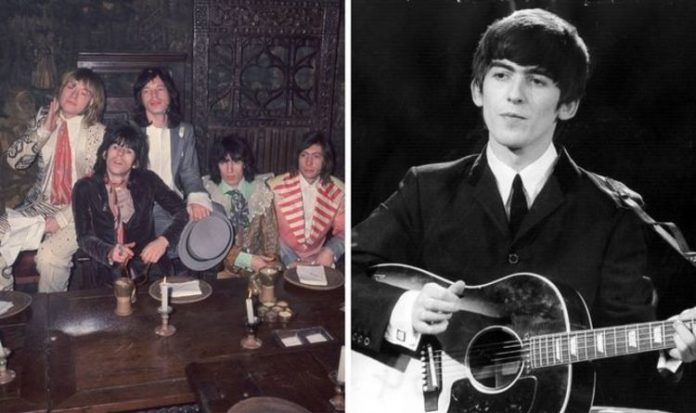 “George Harrison was sitting next to Dick Rowe up in Liverpool soon after he had seen The Stones for the first time.

“And he said to Dick, ‘You have got to get yourself down to Richmond, because you missed out on The Beatles. You don’t want to miss out on this band.’

“And literally… when Dick Rowe was talking about that event up in Liverpool, he said, ‘I pushed my chair back and I basically ran to my car and got myself down to Richmond to make sure I was there for that Rolling Stones gig.”

At the time, The Rolling Stones were playing a Sunday night residency at the Station Hotel in Richmond, where Dick eventually watched them play and signed them on the spot.

Paul continued: “George Harrison has a lot to do with them getting together.