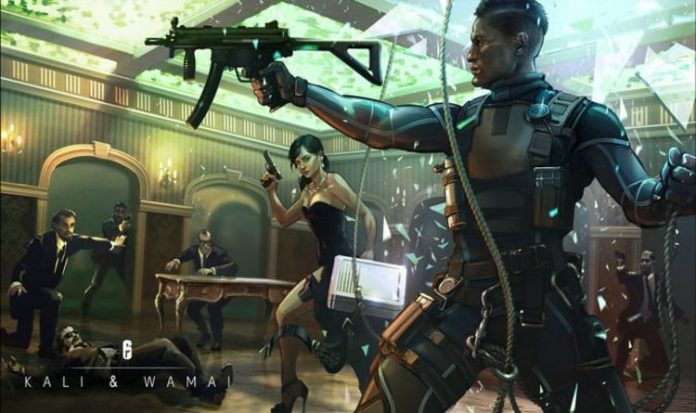 Ubisoft and Microsoft are adding Rainbow Six Siege to the Xbox Game Pass this week, but the latest update for the game will not be part of the package.

As confirmed by the development team today, a new R6 patch is available to download on PC only.

A number of Operator balance changes and tweaks are part of it, affecting the likes of Glaz, Frost and Ace.

But this latest build will not be available to download on consoles for a little while longer, and Xbox gamers will be the last to receive it.

A message from Ubisoft explains, confirming that Rainbow Six Siege will be updated next on PS4, and lastly on Xbox One.

“Y5S3.3 will release on PS4 later this week, we’ll confirm the date soon, and will release for Xbox is the week of October 26th,” Ubisoft confirms in a new announcement today.

“The update on PS4 and Xbox will also include the Y5S3.2 patch that was released on October 5th for PC.”

As mentioned above, a number of operator changes have been included in the latest Rainbow Six Siege update.

The development team have explained why characters like Ace are being dialed back, telling fans this week:

“Ace is currently a very strong and popular Operator as you can see in the Balancing Matrix above.

“Our investigation on his performance led us to witness that his hard-breaching gadgets are very effective and have less downsides than Thermite for a similar result.

“With this change we aim to reduce the presence of the Operator, maintain Thermite as a credible alternative and to invite Ace players to think twice when placing S.E.L.M.A. on a reinforced wall.”

Speaking about Glaz, Ubisoft confirmed they wanted to bring the Operator’s numbers up, adding:

“According to our Balancing Matrix, Glaz currently is one of the most underperforming Operator. We are aware that Glaz is an extremely situational Attacker who has to potential to be quite frustrating in certain configurations.

“At the moment, we are only trying to help Timur find a middle ground to boost the usefulness of his gadget to make him slightly easier to use and a bit closer to other Attackers in terms of performance.”

Full patch notes for today’s Rainbow Six Siege update can be found below:

Ace couldn’t handle all the thirst from his fans.