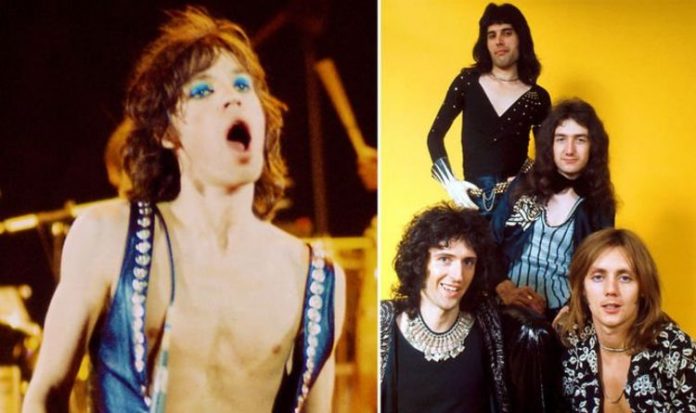 Neal Preston was the chosen photographer for Led Zeppelin which lead to his first meeting with Queen in 1976. From there he became the band’s official photographer all the way to their final Magic Tour in 1985. Working for Rolling Stone and Time magazines he has shot everyone from Michael Jackson as a child to Bruce Springsteen (on stage and also his wedding), as well as Ozzy Osbourne (on stage and his wedding to Sharon and their renewal of vows). In a remarkable career, he was the only photographer actually on stage at Live Aid and his early friendship with Cameron Crowe inspired the film Almost Famous. Neal has seen it all and seen them all – and he tells Express Online why Queen are the greatest band in concert.

He said: “With Queen bigger was always better. Every tour the stage got bigger, the lights got brighter, it was massive. Even now with Adam Lambert, the stage is even bigger than it ever was. It’s one of the reasons we love Queen. And you can’t deny, the music was way, way ahead of its time.”

He described his relationship with the original four band members and why, ultimately, they were the best in the world on stage.

READ MORE: Brian May explains HOW Queen and Freddie triumphed at Live Aid ‘It was very simple’

Neal said: “Nobody in the world loved being Freddie Mercury more than Freddie Mercury.  He was always flamboyant and the camera loved him. There are three people in the record business, and if you can’t get a decent picture of them you should sell your camera and work in MacDonalds. They are Freddie Mercury, Pete Townsend and Jimmy Page.

“I gravitated to Roger because he was the rock star in looks and personality. Brian was introspective, but not as quiet as Deaky. Brian and I bonded over photography and he always threw me his stereoscopic camera and ask me to shoot a couple of rolls at shows.

“Brian is the only rock star that I’ve ever taken to my parents’ house. We had hours to kill one morning in New York and I took him there for breakfast at 7am. I’ll never forget him crammed into my mum’s tiny little kitchen. For years afterwards, she always asked ‘How is that lovely boy?’”

Neal doesn’t mince words comparing Queen and his other favourite band to one of the other biggest bands of all time.

After spending years watching the band prepare for shows, Neal explained it was more than just the incredible raw talent that set them apart.

He said: “They took sound checks very, very, very seriously. They were perfectionists and still are.  And those soundchecks would turn into impromptu band meetings on stage. The sound had to be great, the lights needed to be perfect, the sightlines, the venue, everything…

“I really did learn this from them, that good is good, better is better, best is best – but there is always wiggle room to do even better.”

It was at Wembley Stadium in 1986 that Neal captured one of the most iconic rock images of all time – Freddie Mercury with his back arched in front of a sea of adoring fans.

He said: “It’s a photograph I’m very proud of. And like all great photographs, it will live forever.

“I like to think if Freddie was still alive and saw this book, we’d be on the tour plane and he’d walk down the aisle and say, ‘Oh darling, it’s fantastic but it could have been a little… larger. Double entendre aside, with Queen bigger was always better.”