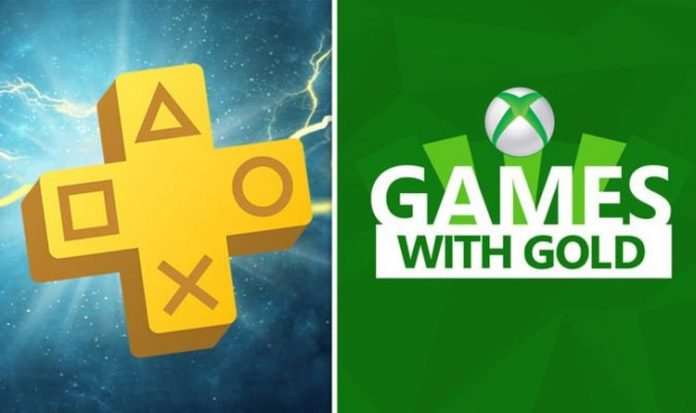 PS Plus vs Xbox Games with Gold (Image: SONY)

Sony and Microsoft have revealed the PS Plus and Games with Gold releases for November 2020.

From November 3, PlayStation Plus subscribers can download Hollow Knight Voidheart Edition, as well as Middle-earth Shadow of War.

The new games replace the existing line-up of Need for Speed Payback and Vampyr.

Over on Xbox, Gold subscribers can pick up Aragami Shadow Edition and Swimsanity for Xbox One, and Full Spectrum Warrior and LEGO Indiana Jones for Xbox and Xbox 360.

Due to the magic of backwards compatibility, Full Spectrum Warrior and LEGO Indiana Jones are also playable on Xbox One.

With the line-ups revealed and the free PS4 and Xbox games about to be released, now seems like a good time to pit PlayStation Plus against Games with Gold for November.

It’s been a pretty solid year for PS4, as Sony scores victory after victory with freebies such as Uncharted 4, Call of Duty WW2, Fall Guys and BioShock Collection.

Will Sony score another victory over Microsoft in November? Things aren’t looking good for Xbox One.

It’s looking like another decent month for PS Plus subscribers, and that’s not including Bugsnax for PS5.

“Set between the events of The Hobbit and The Lord of the Rings, Middle-earth: Shadow of War beckons you once more into JRR Tolkien’s iconic world of wizards, orcs and elves.

While Shadow of War may have been made on a bigger budget, Hollow Knight is undoubtedly the game of the month on PS Plus.

Over on Xbox One, things are a little more low-key. Aragami: Shadow Edition is free from November 1 until November 30, while Swimsanity is available from November 16 until December 15.

“Embark on a dark journey full of blood and secrets,” reads the Aragami: Shadow Edition description.

“Including both the original game and its prequel, Nightfall, play as the undead assassin with the power to control the shadows. Dispatch your enemies utilizing a wide array of powers in the solo campaign, or team up with a friend in cross-platform online multiplayer as you put your stealth abilities to the test.”

Swimsanity, on the other hand, is described as an underwater co-op shooter.

“Unleash the insanity! Team up with four friends and deploy a variety of unique powerups and weapons, or battle it out against each other to be the last Mooba standing.

“With over 150 challenges across 8 gaming modes, the intensity doesn’t let up in this action-packed underwater co-op shooter.”

On paper, things definitely don’t look good for Microsoft and the Xbox One Games with Gold releases.

However, it’s not as bad as it seems, especially with the highly-rated Aragami Shadow Edition kicking things off.

The stealth game has an impressive 81% Metacritic score for Xbox One. It’s described as a generous package with excellent old-school stealth gameplay.

Unfortunately, Swimsanity only has a score of 70% based on one Xbox review. It’s not a terrible score, just a bit average.

Average isn’t a word you could use to describe the PS4 offerings. Despite some early loot box controversy, Middle-earth Shadow of War has a Metacritic score of 80%.

It’s a stunning looking game with some great action set-pieces and a wonderfully innovative Nemesis system.

Hollow Knight, meanwhile, has a Metacritic score of 90%, making PS Plus the clear winner for November 2020.

Fingers crossed Sony keeps up the good work with the PS5. Judging by the first offering of Bugsnax, things are looking good.