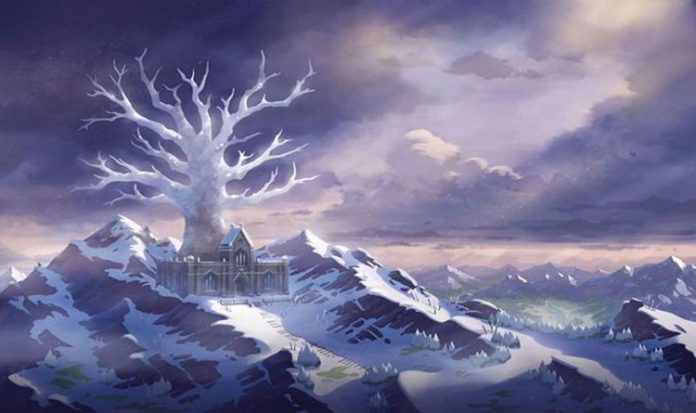 The Pokemon Crown Tundra release date has been officially confirmed for Thursday, October 22, 2020, on Nintendo Switch, although timing might differ depending on where you live.

The new expansion will open up a new region of the map to explore and there’s going to be plenty of new Pokemon to catch too.

According to the latest announcement made by Nintendo, the Crown Tundra region is heavily stocked with Legendary Pokemon, so there’s going to be a good chance of strengthening your current lineup.

A message from the Pokemon Company teases: “With The Crown Tundra, Trainers will be able to encounter every Legendary Pokémon that’s appeared in the main series of Pokémon video games. Players can find—and catch—Legendary Pokémon during their travels in the Crown Tundra or while they’re on Dynamax Adventures.

“Starting on November 6, Trainers will have the opportunity to purchase bundle packs consisting of the Pokémon Sword or Pokémon Shield base game as well as that game’s corresponding Expansion Pass, which includes The Isle of Armor and The Crown Tundra.

“These bundle packs are well suited for Trainers who have yet to embark on their journeys in the Galar region.”

WHAT IS THE POKEMON CROWN TUNDRA RELEASE TIME?

Nintendo has confirmed that the Pokemon Sword and Shield Crown Tundra release date has been set for Thursday, October 22, on Switch consoles.

The only problem is we don’t have an exact time that has been shared by Nintendo. However, there have been a few predictions made on the subject based on past releases and the maintenance being conducted on Pokemon Home servers today.

One line of thinking is that the Pokemon Crown Tundra expansion will drop at around midnight EST on October 23, 2020.

So if this proves correct, the official Pokemon Crown Tundra release time will be set for around 5am BST, on Friday, October 23, in the UK.

More news could be shared by Nintendo in the lead up to release, so it will be worth keeping an eye on the game’s official social media feeds.

More details regarding the new Tundra expansion and what new content and features it will add to the game can be found below:

The Crown Tundra is the second area you’ll be able to visit with your Expansion Pass. See for yourself this vast landscape, with its drifts of glittering snow!

In this frigid area with jagged, snowy mountains, people have settled in a small, tight-knit community.

Early in your adventures here, a man named Peony will appoint you as the leader of his exploration team in the Crown Tundra.

You’ll be tasked with investigating the reaches of this frozen land—including the depths of a Pokémon Den, something you’ve so far been able to glimpse only during Max Raid Battles!

In Dynamax Adventures, players will team up with three other Trainers to explore a Pokémon Den where Dynamax Pokémon are said to lurk.

Instead of their regular Pokémon team, players and their fellow Trainers will choose Pokémon that they can temporarily use for battle (rental Pokémon) to bring along into the depths of the den.

Players will have to work together with their three teammates in a Max Raid Battle whenever they encounter a wild Dynamax Pokémon during their exploration.

If they win the battle, players will have the opportunity to catch the Pokémon, and one Trainer on the team can swap the newly caught Pokémon for the Pokémon they had before.

Trainers can delve even deeper into the den with Endless Dynamax Adventures, which enable the player to continue until they lose a battle.