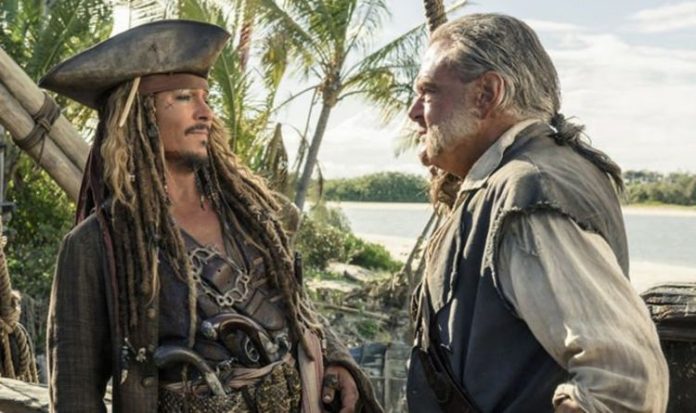 Some of Johnny Depp’s Pirates of the Caribbean co-stars have been coming to his defence since he lost his libel case, in which he strongly denied allegations of domestic abuse. Greg Ellis – who played Lieutenant Commander Theodore Groves across three Pirates movies – has vocally supported the 57-year-old and his character. And now Captain Jack Sparrow’s sidekick Mr Gibbs star Kevin McNally has rallied around Depp too.

McNally, who played Joshamee Gibbs in all five Pirates of the Caribbean movies alongside Depp, appeared on Ellis’ video podcast The Respondent this week.

The full two-hour interview is released at 9pm GMT on Sunday, but in the meantime, a clip of McNally voicing his support for his Jack Sparrow co-star has been shared.

In the video, McNally said: “Who knows what goes on behind closed doors.

“But I have never in 22 years of working with Johnny Depp seen anything that would indicate to me he is anything other than a beautiful human being.”

McNally went on to comment on cancel culture and pointed out that Depp’s trial was a libel case and not a criminal conviction.

However, since the Jack Sparrow star lost, Warner Bros asked the 57-year-old to resign from playing Gellert Grindelwald in the Fantastic Beasts movies, which he agreed to.

Depp had only shot one scene for Fantastic Beasts, but will still receive his full salary of $16 million thanks to his contract.

Warner Bros have since hired James Bond villain and Rogue One star Mads Mikkelsen to play Grindelwald instead.

Ellis continued: “I remember while filming one day, without me knowing during a scene, he had [his bodyguard] Jerry Judge move my chair next to his.”

“It was a subtle way of him bringing me in to get to know me, just to have a conversation. [He is] so down to earth.”

The 52-year-old also mentioned how his and Depp’s kids went to the same school and pointed out that the star surrounded himself with really good people.

He said of Depp’s inner circle: “They were really wonderful people, as were those around him.”

While on Depp’s character, he summed up: “He has a good moral conscience. He’s just a nice bloke, y’know?”

As it stands there are no officially announced plans for Depp to reprise Jack Sparrow in Pirates of the Caribbean 6. However, in the meantime, Margot Robbie is starring in a female-led spin-off.

Ellis told Express.co.uk earlier this year of how he’d support Depp’s return as Captain Jack, saying: “I think for Pirates 6…in an ideal world, every character who the fans have fallen in love with will be able to come back to kind of wrap everything up. Ultimately it comes down to screenplay and story.

“If Jack Sparrow isn’t a key, if not the key element, to wrapping up a multi-billion dollar franchise, is it not akin to not having Captain Kirk in [the original] Star Trek?”