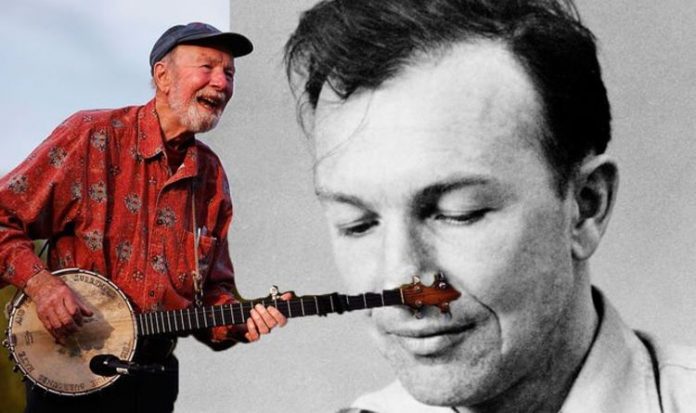 “Pretty soon I was playing school after school, and I never did work on a newspaper.

As a teenager he joined the Young Communist League and a few years later made his first waves in the music business as part of The Almanacs, which he founded with folk musicians including Woody Guthrie.

Their music was not appreciated by authorities, as it sang political lines directly, in the case of Dear Mr President, to those in charge, and by the time he had established his long-term band The Weavers, he was not well-liked in the establishment.

He was a prolific songwriter and wrote many tunes like Where Have All the Flowers Gone and If I Had a Hammer, as well as making the famous spiritual song We Shall Overcome a folk classic which was used at Civil Rights rallies.