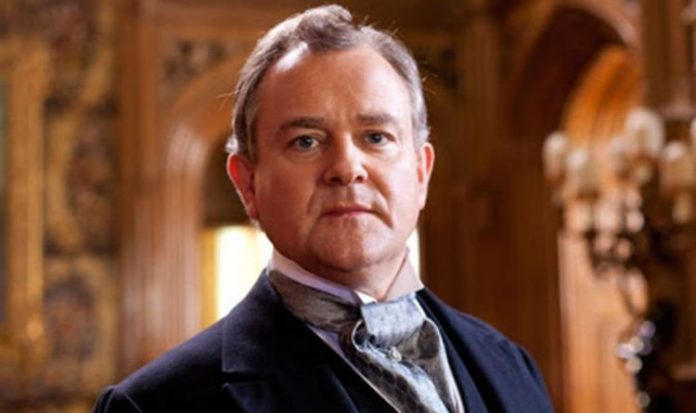 Bonneville has found himself at the heart of two of the UK’s biggest film franchises with fantastic news for fans of both. Earlier this week it was reported that Paddington 3 plans are underway. In typically British diffident fashion, the actor himself told Zoe Ball there was “forward momentum” and the film was “somewhere on the horizon.” He has been promoting his new film, To Olivia, but everyone has been asking him about the imminent return to Downton.

On this evening’s Graham Norton Show, Bonneville opens up about the emotional power of To Livia, which tells the heartbreaking story of how author Roald Dahl’s daughter Olivia died in childhood.

The actor says: “It’s about grief and the extraordinary pain of losing a child. It doesn’t sound very chirpy to start with, but it is actually a very positive story.”

He goes on to add how a “cheery” film like Downton Abbey 2 is just what the nation needs right now.

Parsons, who plays butler Mr Carson, said: “The script for a second film is there, we’ve seen it. It’s very funny, it’s got all the same characters in, all the regular characters.”

However, the actor also previously teased that the sequel “will start with a funeral.”

This certainly fuels concerns that the Dowager Countess, played by Maggie Smith, might be killed off before the film starts. Downton creator Julian Fellowes had very firm words on the subject.

In the first film, Violet confessed she was dying from a terminal illness and might only have months to live.

Fellowes spoke to The Express about whether Smith would return to the role for the next film, and whether Violet would even survive long enough to be part of the on-screen action.

He said: “She’s not very well, but she’s not dead. There’s no indication she’s dying imminently.”

This is great news for all fans of Violet’s waspish comments and her ongoing banter with Penelope Wilton’s Isobel Crawley.

However, it appears that actress Smith is just as formidable as her character and may in fact be the person who has the last word on whether the Dowager returns.

Fellowes added: “Of course, we also have to see whether Maggie wishes to survive her present situation or not.”