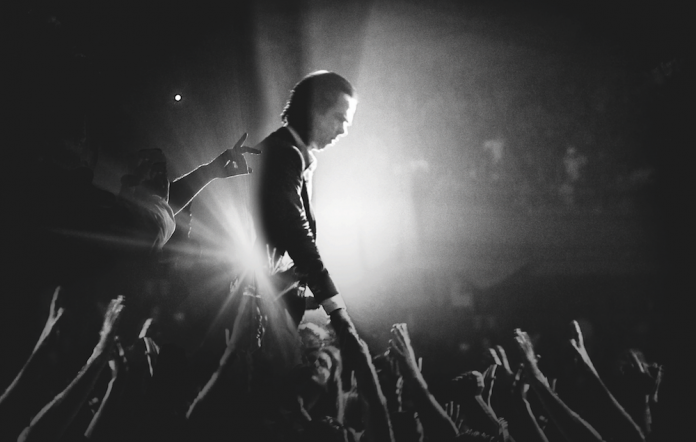 Nick Cave And The Bad Seeds have announced details of a new live EP.

The band’s last release came in 2017 with the compilation album ‘Lovely Creatures: The Best Of Nick Cave And The Bad Seeds‘. Ahead of that, they released the 2016 studio album ‘Skeleton Tree‘.

‘Distant Sky – Live From Copenhagen’ will include live recordings that were featured in the concert film of the same name. The EP will be released digitally and on 12″ vinyl on September 28. The tracklist for the record is as follows:

The tracks were recorded at the Bad Seeds’ show at Copenhagen’s Royal Arena in October 2017. Film footage of the concert was released in cinemas for one night only earlier this year. You can watch a clip of ‘Distant Sky’ above.

Recently, the band were joined by Kylie Minogue at their All Points East show in London. The Australian pop star joined the group for a performance of their 1995 duet ‘Where The Wild Roses Grow’.

Bad Seeds guitarist Jim Sclavunos spoke to NME last month about their current tour. “For this tour, we’ve been rehearsing loads of ‘new old songs’,” he said. “It remains to be seen, but we always try to have a few surprises. There’s at least one song there that we’ve never done live. There’s always a spontaneity to us.”