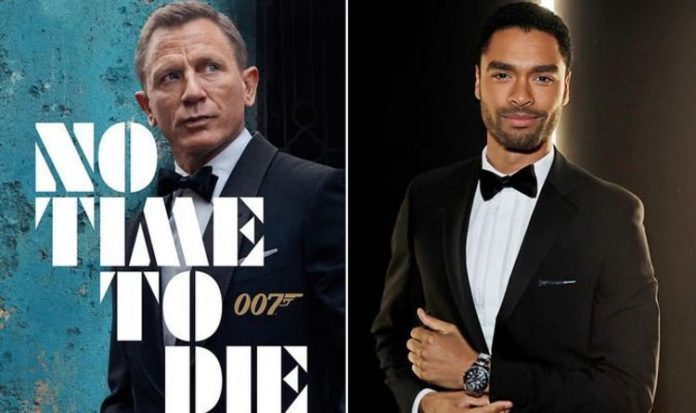 Over Christmas, Regé-Jean Page became a star overnight as the 31-year-old hunk won Netflix subscribers over as the Duke of Hastings in Bridgerton. Naturally, it wasn’t long before he was being backed to be the next James Bond after Daniel Craig’s last turn as the spy in No Time To Die. And now his Bridgerton co-star Adjoa Andoh has shown her support for the British-Zimbabwean to be 007.

Andoh was asked what she thought about Page playing Bond on Good Morning Britain by Ben Shephard and Kate Garraway.

The Lady Danbury star replied: “The thing with Regé is that he’s beautiful – don’t tell him I said that! – he’s beautiful, he’s very smart.

“He’s a fantastically funny, sharp actor, so he could take on any role you give him really, annoyingly.

“So yes, he’d be a marvellous Bond if they ever decided to go that way – no doubt at all.”

READ MORE: James Bond cast: All the actors in the mix to become the next Bond?

Page is 5-1 at the bookies to be the next Bond, but has remained quite coy about the rumours despite all the attention.

Even though when Bridgerton premiered on Netflix his pinned tweet for the show included the phrase “Shaken and stirred” much like 007’s “shaken but not stirred” drinks order.

Appearing on The Graham Norton Show last week, Page said: “Bridgerton is the only ‘B’ word I am allowed to say – I am not going to talk about the other ‘B’ words!”

While on The Tonight Show earlier this month, Jimmy Fallon asked the 31-year-old about the Bond rumours.

Dr Kinane continued: “Daniel Craig, for instance, appeared in Elizabeth; and Timothy Dalton virtually made his name in costume dramas and other period pieces.

“As a young British actor who has suddenly risen to prominence in a (once again, suddenly) very popular Netflix show, people are paying attention. I think the reaction might be somewhat knee-jerk, a premature shout…

“I think part of the premature reaction is about the physical desirousness of Regé-Jean Page as a leading man.

“Of course, it would be preferable if the future James Bond could act and not simply be a coat-hanger for fine tuxedos. My point is, much of the current hype is around Page’s status as heart-throb de jour.”

Dr Kinane felt that while he couldn’t comment on Page’s abilities as an actor, the newer Bond movies have proven that whoever plays 007 needs to be more than just really handsome.

He said: “Given the increasingly emotional depths ploughed by the recent Bond films, it is not enough for the next James Bond to ‘simply’ look good on screen; he has to hold his own as a performer.

“Page might be slightly on the youngish side, too. I imagine people will be watching his career with interest.”

In the meantime, No Time To Die is set for release in cinemas on October 8, 2021.