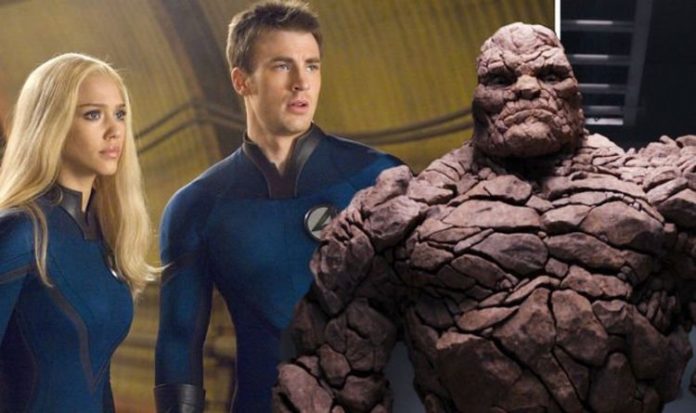 When is Fantastic Four coming out?

At the moment, as is expected, there is very little information about the film at this moment, including when it is coming out.

Given the number of confirmed projects already known in the Marvel Cinematic Universe, it may be this one takes a while to come to fruition.

With that being said, as Marvel is in the habit of doing, fans will likely be dropped a trail of breadcrumbs in other films, as we wait patiently for the release date.

READ MORE: Cliff Richard name: What is Sir Cliff’s real name? Why did it change?

As well as the release date remaining a mystery, the cast is also unknown, though it is unlikely previous incarnations of the Fantastic Four will be coming back.

The first version of the movie starred Marvel’s very own Chris Evans, who was reincarnated into Captain America years later (though hoping no one noticed).

He was joined by Ioan Gruffudd as Mr Fantastic, Jessica Alba as the Invisible Woman and Michael Chiklis as The Thing, while Chris played The Human Torch.

Even previous to this a movie had been attempted in 1994 but remains unreleased to this day.

The first Fantastic Four to get its release was released in 2005, and all four returned for a sequel: Fantastic Four: Rise of the Silver Surfer.

While the first film had a mixed reception, the second was widely panned and killed off any hopes of a third movie, which was planned.

Despite that, the film franchise was rebooted in 2015, this time with a new cast.

In the new version Miles Teller played Mr Fantastic, while Michael B. Jordan played The Human Torch, Kate Mara was The Invisible Woman and Jamie Bell played The Thing.

This film, like its predecessor, did not go down well with fans and was a box office flop.

The director, Josh Trank, suggested after the film’s release that there had been studio meddling which led to the film not meeting even his expectations.

He said in a now-deleted tweet: “A year ago I had a fantastic version of this.

As a result of this, Fantastic Four has a pretty chequered history and fans may not be quite so keen for another failed reboot.

However, one thing we know about the upcoming film is it has Jon Watts in the director’s chair, who has worked in the franchise many times.

As well as that, while the movie franchise has been owned by 20th Century Fox, the purchasing of Fox by Disney, along with Marvel, means these films can all be integrated into the MCU, and be worked into and alongside other films.

This will likely also help its stature in the superhero world, and hopefully, help ensure a higher quality film than those which have been seen before.

As for cast, trailer and plot, nothing so far is known, but Express.co.uk will continue to update this as more information comes in.

Fantastic Four will be out in cinemas soon