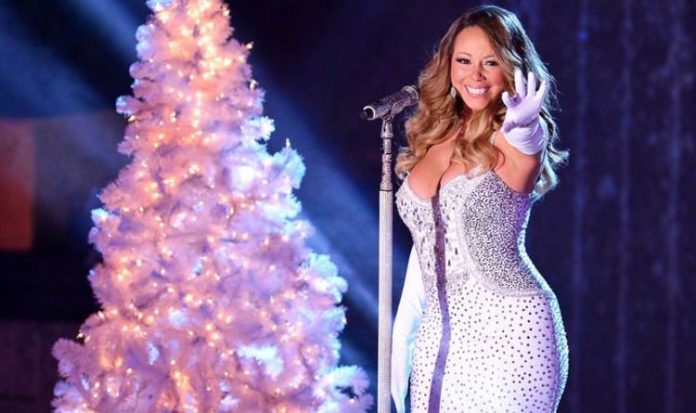 It’s beginning to look like Christmas came early for one of the biggest divas in music. It may have taken a whopping 26 years but All I Want For Christmas Is You is finally set to top the UK singles charts this Friday. It seems hard to believe, but the classic Crimbo choon has been pipped to the post on four separate occasions. Not that Mimi’s bank balance has anything to complain about. You wopn’t believe how much just this one song has made since its release in 1994.

This week’s Number 1 will be unveiled from 4pm Friday on BBC Radio 1’s The Official Chart with Scott Mills.

At the moment Mariah is in her usual Number Two position but is only a few hundred sales behind Ariana Grande’s Positions.

Crucially Mimi is accelerating and projected to pass her young rival – who many have compared to her in vocal and songwriting skills.