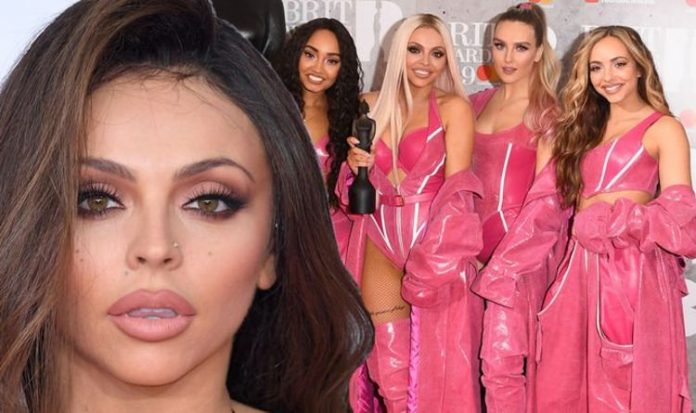 Little Mix has had a busy 2020, releasing new musicand and heading up their own reality TV show. While the girls have been making a new band on Little Mix: The Search, there have been concerns about the group and whether they will continue together. Jesy Nelson did not appear with the band on Strictly Come Dancing, signalling further concerns the band have broken up.

Has Little Mix broken up?

Little Mix are not breaking up, as far as we know, and Jesy Nelson has not left the band.

Fans will breathe a sigh of relief about this news, but still be left with a question about where Jesy was on Strictly Come Dancing.

On December 13, Leigh-Anne Pinnock, Perrie Edwards and Jade Thirlwall appeared as a three-piece band on the results show of Strictly, without their fourth member.

This is not the first time this has happened, as Jesy also did not appear at the final of the band’s own show, Little Mix: The Search, which really concerned fans.

Then, the girls were expected to do some hosting at the MTV European Music Awards, and again only three members appeared while Jesy was nowhere to be found.

At the time of these non-appearances, representatives for Jesy spoke out, revealing she was ‘unwell.’

They released a statement saying: “Jesy is unwell and will not be appearing on tonight’s final of Little Mix: The Search.

“She will also not be hosting or performing at tomorrow’s MTV EMAs.”

However, her management released a further statement after this, revealing it was due to ‘private medical reasons’ that Jesy has not appeared, and will in fact be taking a hiatus from the group.

The statement from her spokesman said: “Jesy is having extended time off from Little Mix for private medical reasons.

“We will not be issuing any further comment currently and ask media to please respect her privacy at this time.”

“Wish our girl Jesy coulda been there! Thanks @mtvema for having us!”

Leigh Anne also posted an image which included ‘We just so wish Jesy could have been there too!’ in the caption, while Jade added ‘the only thing missing was our Jesy’ in a similar tribute post.

Perrie said on the show: “I don’t think we expected it to be this hard.

“When you’re young and think of being a popstar, you think, ‘Oh I want everyone to love me and ask for my autograph…’ then you get thrown into it and you’re like, ‘Holy s*** balls it’s a lot.’

“We don’t rest, we don’t sleep. But we love success so we’re willing to work for it.”

It is unclear at this time when Jesy will be returning to the group, but given the band has rescheduled its tour to begin in April 2021, fans will be hoping she returns in time for that.

However, at the moment, while fan speculation may have some bearing, we will have to wait for a further announcement.