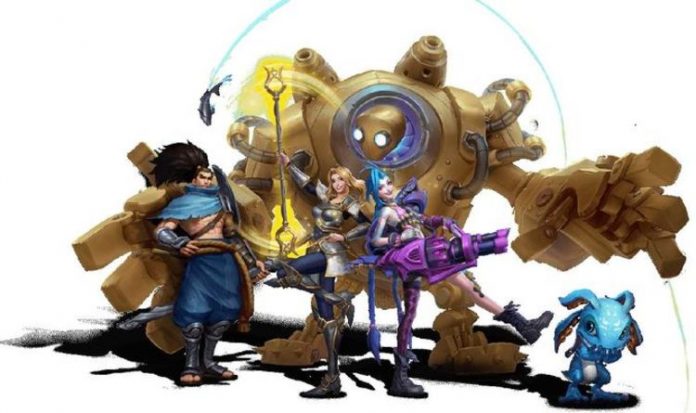 Developers Riot Games has confirmed that League of Legends Wild Rift is coming to mobile devices in the UK next month. On the same day, the game’s open beta will also launch in the Middle East & North Africa, Russia & CIS, and Turkey. Riot Games has chosen to launch Wild Rift in the UK on December 10, 2020. Meanwhile, players from Oceania, Taiwan and Vietnam will get access a bit earlier, on December 7.

Riot has confirmed that all players in those locations will have full access to Wild Rift on Android or iOS.

It should be noted that Riot Games has confirmed that Wild Rift will be launching on US times in Europe, which means an evening launch is likely.

And for those gamers waiting for League of Legends to hit mobile platforms in North America, Riot says that won’t be happening until next year.

A message from the Wild Rift team adds: “Following the success of the Regional Open Beta in Southeast Asia, South Korea and Japan, where Wild Rift topped the charts in all local app marketplaces, Riot hopes to continue to share the magic and competitive fun of League with players on new platforms, regardless of their skill level or previous experience.

“At the same time, a new content patch, featuring several new champions and skins, player-requested features, balance adjustments and bugfixes, will roll out to players worldwide. More info will be available on December 7 (PT).

“Riot is still focused on making the game available to players in all regions, with the Americas expected to enter Open Beta in 2021.”

Another message adds: “Aside from the normal balance changes we will be doing on a regular basis, we are also looking to adopt some of the major gameplay systems that League PC has improved upon in the last couple of years.

“In particular, players have really enjoyed the variety that the Elemental Rift and Dragon Souls systems have created so we are currently exploring how to adapt these two systems into Wild Rift. We’re still a long ways off here, but we’re definitely looking into it!

“We’re not aiming for complete parity with League PC due to our map being different, performance limitations, differences in dragon systems, and so on.

“Despite that, we do want League players to be able to carry over more of their knowledge from Summoner’s Rift onto Wild Rift.

“We hope to achieve that by keeping the most defining aspects of our future Elemental Rift and Dragon Soul systems similar to League PC’s.”

Expect more news from Riot Games as we get closer to the full launch of League of Legends Wild Rift.

It should be noted that the mobile version is just the first, with Wild Rift also arriving on consoles in 2021, or beyond.