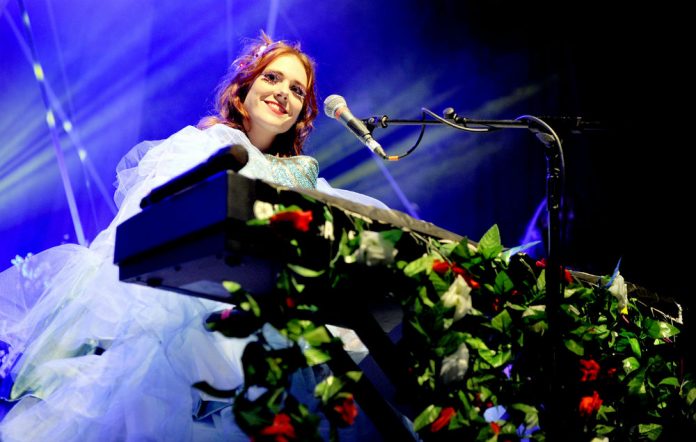 “We need other people that aren’t straight white men” the singer said in an interview with Digital Spy.

Kate Nash has hit out at male-dominated festivals saying bookers were showing “naivety” in not booking more diverse acts.

Speaking to Digital Spy, the singer and star of Netflix comedy GLOW said the industry must improve representation.

“It’s got to be the people booking the festivals – I don’t know this as fact, but I would imagine it’s predominantly male bookers, and maybe it’s a case of naivety, because they may think they’re trying to put on an act that they want or relate to, and they’re just seeing men.”

She added: “And I think that’s why we need diversity in all areas of power. There’s a lot of talk at the moment of having diversity in film critics. We need women of colour, we need gay people, we need other people that aren’t straight white men in these roles.”

Nash, who wrote the 2007 hit ‘Foundations’, said that more female bookers will result in more diverse line-ups at festivals.

Nash also spoke about the difficulties of crowdfunding her last album, ‘Yesterday Was Forever’ but added that it gave her more creative control amidst what she sees as the “meat factory for posters.”

“It’s definitely been hard, but I think it works for me right now. I think it’s still important to have my own control, I guess, being able to decide what I want to make.”