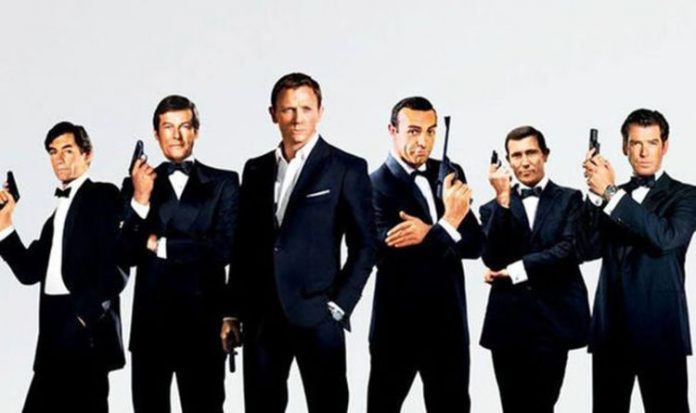 When No Time To Die releases this autumn, it will mark the 25th official James Bond movie to hit cinemas. It all started with Sean Connery’s Dr No in 1962 and now fans can apply to be paid $1000 to watch every 007 film before Daniel Craig’s final outing. That’s six different Bond actors across an incredible 51 hours of movies.

Nerd Bear are looking for a James Bond super-fan to take on the challenge while making notes.

The right candidate will passionately love the 007 franchise and have good attention to detail.

They must also have time to watch all 24 official Bond movies to date over a 30 day period and have an active social media following to keep everyone updated as they go.

Applicants must also be 18-years-old or older and be a US citizen or permanent resident.

The 24 official James Bond movies already released ahead of No Time To Die are as follows:

Sean Connery starred in the first five movies from Dr No to You Only Live Twice. He was then replaced by Australian model George Lazenby for 1969’s On Her Majesty’s Secret Service.

But despite being offered a contract to return for more movies, he decided to leave the franchise on the advice of his agent.

After failing to find a suitable replacement, Connery was brought back for 1971’s Diamonds Are Forever after being offered a $1.25 million payday plus two future movies of his choice unrelated to Bond.

Approached to return for a seventh time in 1973’s Live and Let Die, Connery declined and was replaced by Roger Moore. Although the Scottish star did go on to play Bond again in 1983’s unofficial Thunderball remake Never Say Never Again.

Moore went on to play 007 across seven movies, finally hanging up his Licence to Kill in 1985, aged 57. He was replaced by Timothy Dalton in 1987’s The Living Daylights and 1989’s Licence To Kill but didn’t end up returning for a third film.

So Pierce Brosnan, who was originally offered The Living Daylights but couldn’t get out of a TV contract, finally bagged his chance as the first post-Cold War Bond in GoldenEye. The 007 movie arrived after a six-year gap, the biggest for the franchise to date – although the one between Spectre and No Time To Die is now almost there.

After four movies, he bowed out in 2002’s Die Another Day, before Daniel Craig rebooted the franchise with post-9/11 outing Casino Royale in 2006; a film going right back to 007’s roots.

The 52-year-old is now the longest-serving Bond actor after 15 years in the role, which concludes with his fifth in No Time To Die on September 30, 2021.