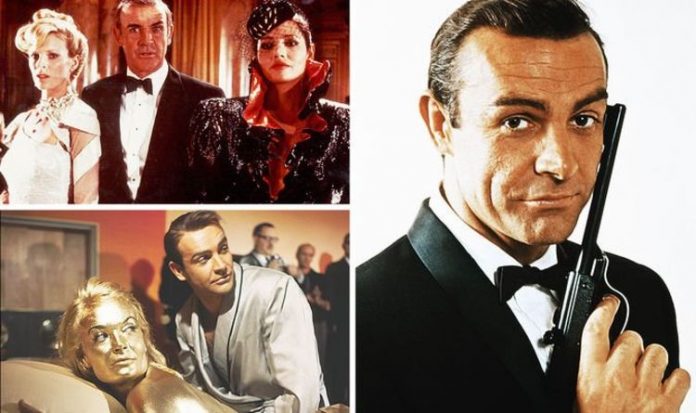 Sean Connery speaks in 1983 about taking the James Bond role

Sir Sean sadly passed away in October after a lengthy battle with dementia but will be remembered among the finest actors to take on the role of James Bond. He brought the character to life in 1962 with Dr No, the first appearance of 007 on the big screen. Despite his success, the Scottish actor revealed his struggle over being forever-known for such an iconic role.

Despite his international fame and whopping £260million fortune, Sir Sean rejected the typical spoils of celebrities in favour of living a more modest life.

He once described acting as being like any other job, similar to “carpentry or building roads” and felt that some stars lost themselves amid the bright lights of Hollywood.

After his second Bond film, Sir Sean said: “The trouble with a lot of stars is that they develop heads as big as their close-ups… If I wore hats, I think you’d find I still take the same size.”

When Dr No was released, the actor was quickly becoming an international hit and by the time From Russia With Love came out in 1963, he was “in demand across the world”.

James Bond: Sean Connery played 007 for the first time in Dr No in 1962 and six more times (Image: GETTY)

James Bond: Sean Connery died at his in the Bahamas, beside his second wife Micheline Roquebrune (Image: GETTY)

Within a year of the second Bond film’s release, it had grossed more than $12.5million (£9.3million) from a $2million (£1.5million) budget, Variety reported.

The success “overshadowed everything else at the Box Office” for two years, biographer Michael Feeney Callan claimed.

In his 1993 book Sean Connery: The Untouchable Hero, Mr Callan said the star’s “home life was simple”, he employed one secretary to reply to fanmail and drove a Volkswagen.

His success as Bond hadn’t changed his habits, other than preferring finer food – as the filmmaker John Boorman described: “Sean loves his grub before everything.”

But the actor told Photoplay that he was frustrated “at the prospect of being typecast” and cited one fiery interaction with a casting director.

JUST IN: Sean Connery’ admitted James Bond was a “bore and madhouse”

Sir Sean recalled: “When she asked me, ‘And what type of actor are you, Mr Connery?’ I just got up and walked out.

“An actor hates to be typecast… I don’t want to be Bond all the time. It riles me when people call me Bond off the set.”

Breaking that mould was his reason for starring in the 1984 film Woman of Straw and at the time, he expressed his hope that “audiences will accept me in other parts”.

Despite his wish, the film didn’t accelerate his career and in a review from the New York World Telegram, he was described as “a handsome but rather colourless figure”.

They noted that Sir Sean was “much more fun in James Bond” and even the actor admitted that he “wasn’t that thrilled” after its release.

He said: “He’d brought Bond the gift every star actor has, he’d made Bond his own – doesn’t matter what Ian Fleming originally visualised.

“Sean was Bond. But he knew his talents were bigger than that. Of course there was lots more he wanted to do while the going was good.”

He starred in seven 007 films, his final portrayal was in the 1983 flick Never Say Never Again – after George Lazenby’s brief stint as Bond in On Her Majesty’s Secret Service.

Sir Sean’s death was honoured by the 58-year franchise’s current star Daniel Craig, who will depart the fold after No Time To Die is due to be released on April 2, 2021.

The actor admitted his “sadness” over the “passing of one of the true greats of cinema” in a tribute where he said the actor had “defined an era and a style”.

He continued: “The wit and charm he portrayed on screen could be measured in megawatts; he helped create the modern blockbuster.

“He will continue to influence actors and film-makers alike for years to come… Wherever he is, I hope there is a golf course.”

Sean Feeney Callan’s biography Sean Connery: The Untouchable Hero was published by Virgin Books in 1993 and is available here.