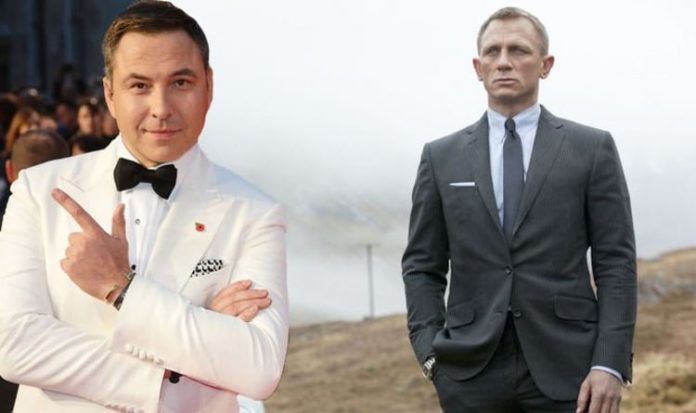 James Bond fans are patiently awaiting the next chapter in the international spy’s journey – and they don’t have too long to wait. The release date for No Time To Die has been pushed back a lot, but it is finally coming out in April of 2021, meaning there are only a few months left to endure. In the meantime, fans have been spying on who might be the next actor to take on the highly-coveted role of 007. While no word has been given on who that might be just yet, writers are already lining up to pen the next thrilling blockbuster.

The latest addition to this queue of writers is none other than Britain’s Got Talent judge David Walliams.

The TV personality has been hard at work for the past few years writing children’s books, and has of course been appearing in sketches for decades, so his writing is not unheard of.

However it might be a huge change for him to go from detailing children’s stories to describing action-packed movies.

Speaking out in a recent interview, the 49-year-old explained the key reason why he would like to jump on board the James Bond franchise, and how he would make things different.

“I’m a Bond fan. That doesn’t necessarily mean I’m the best person to do it, but, certainly, that would be my dream job – writing the screenplay for a Bond movie.”

The actor added: “Just to sit down, day one, and go: ‘Right, what is his next adventure?’ That would be very exciting. I haven’t been asked but, if I say it, then maybe it’ll come true.”

Walliams then went on to detail what exactly he would change about the character’s story to differentiate it from previous iterations of the spy.

During their rendezvous, the pair slept together – but Arterton now looks on that as a bad decision for the fictional spy.

She recently said: “At the beginning of my career, I was poor as a church mouse and I was happy just to be able to work and earn a living. I still get criticism for accepting Quantum Of Solace, but I was 21, I had a student loan, and you, know, it was a Bond film.”

The 34-year-old added: “But as I got older I realised there was so much wrong with Bond women.

“Strawberry should have just said no, really, and worn flat shoes.”

When viewers join Bond in the upcoming film, No Time To Die, he has been replaced by the latest “Bond Girl”, Nomi (Lashana Lynch), who has donned the codename in his absence.