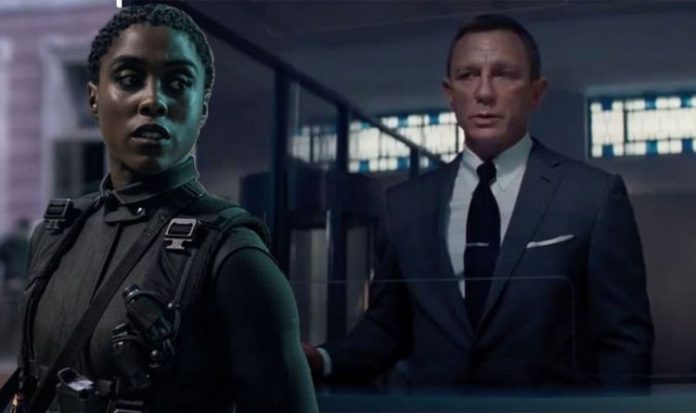 James Bond is a suave, misogynistic spy who travels the world meeting fabulous women and stopping heinous crimes from being committed. With that being said, in later movies attempts have been made to make him more vulnerable and even sympathetic as a character. But would filmmakers go even further in changing the original Bond and hire a woman to play him?

The odds show many are expecting James Bond to become Jane Bond in later films.

These rumours began circulating when Lashana Lynch, known for her role in Captain Marvel, was given the name 007 in the upcoming No Time to Die film.

But could it become two women as the key agents in this franchise, with a female James Bond and a female 007?

According to Ladbrokes, the odds are at 12/1 that it will be a female actress who takes on the role after Daniel Craig.

READ MORE:  The Beatles lyrics quiz: Can you complete the lyrics and name songs?

Jessica O’Reilly of Ladbrokes said: “Time’s edging closer towards Daniel Craig’s final days as Bond, and it could be time to shake and stir things up by having a female actress in the limelight.”

At the moment the odds are higher for any female actress to take on the role than some famous men, meaning the girls are giving the boys a run for their money.

Rege-Jean Page is one of the newer names in the list, thanks to his involvement in the hit TV series Bridgerton.

Dr Ian Kinane, a senior lecturer at the University of Roehampton and editor of the International Journal of James Bond Studies, has given his expert view on whether it could be Rege-Jean to take on the role, and it doesn’t look likely for the star.

Dr Kinane said when speaking exclusively to Express.co.uk: “As a young, black, British actor who has suddenly risen to prominence in a (once again, suddenly) very popular Netflix show, people are paying attention.

“I think the reaction might be somewhat knee-jerk, a premature shout…

“I think part of the premature reaction is about the physical desirousness of Regé-Jean Page as a leading man.

“I think it’s crucial to see that James Bond hasn’t changed. It’s a separation of the icon from the man.

“I think it’s really interesting that the filmmakers can sort of have their cake and eat it, just with respect to this development.

“Ostensibly, James Bond doesn’t have to change. But there is definitely a concession to liberal sensibilities with respect to casting a black British woman in a major part and making that character… a 007 agent…

“I think an awful lot of the development of the series, and particularly around the actors, as we move from Connery to Craig, largely falls on the almost incorruptible notion of what a man should be: of what masculinity is.”

To Dr Kinane, and many others, Lashana’s role as 007 does not make her James Bond, and therefore James Bond would remain a man due to his role in showing the various types of masculinity, with all its frailties and triumphs.