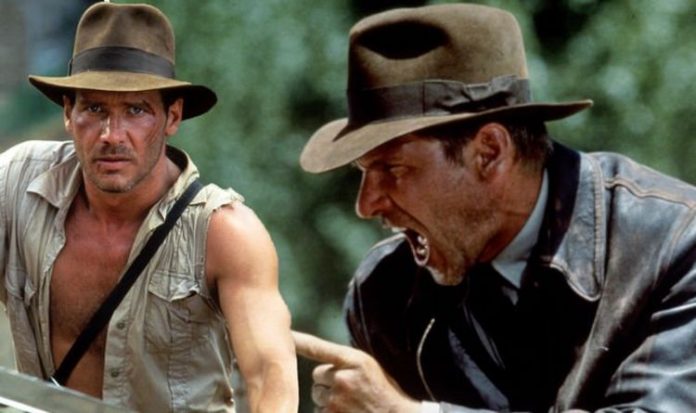 The Raiders of the Lost Ark is the first of the Indiana Jones films, and the one that many fans argue is the best of them all. The introduction of Harrison Ford as the iconic tomb raider has gone down in history as one of Steven Spielberg’s best movies of all time – but fans haven’t seen everything. According to Ford himself, Raiders of the Lost Ark actually included another thrilling, whip-cracking battle, but the star explained it was “redundant” before asking Spielberg if they could remove it from the movie altogether.

Ford spoke up about this axed scene on Reddit, during an Ask Me Anything (AMA) event.

The 78-year-old was quizzed on if he had any funny memories or anecdotes from filming the incredible 1981 movie.

Ford responded: “Funny stories? We were shooting in Tunisia, and the script had a scene in which I fight a swordsman, an expert swordsman, it was meant to be the ultimate duel between sword and whip.”

Fans will recall this is the scene wherein Marian (Karen Allen) was being kidnapped for her knowledge about the Ark of the Covenant.

After tracking down where Marian was in the streets of Tunisia, Indiana faced off against a burly swordsman, before shooting him in the chest – but the original scene was supposed to be much longer, with a collection of battles and even more enemies to fight.

Unfortunately for Ford, during the filming of this scene he was extremely unwell.

He continued: “I was suffering from dysentery, really, found it inconvenient to be out of my trailer for more than ten minutes at a time.

“We’d done a brief rehearsal of the scene the night before we were meant to shoot it, and both Steve and I realised it would take two or three days to shoot this.”

With a new plan at his disposal, Ford wandered onto the location and, as we now know, Indiana proceeded to shoot the sword-wielding warrior instead of engaging in a drawn-out whip fight.

Ford went on: “So he drew his sword, the poor guy was a wonderful British stuntman who had practiced his sword skills for months in order to do this job, and was quite surprised by the idea that we would dispatch him in five minutes.

“But he flourished his sword, I pulled out my gun and shot him, and then we went back to England.”

Since Raiders, three more Indiana Jones films have been released, with talk of a fifth film being released in the coming years.

Since the release of Kingdom of the Crystal Skull in 2008, Henry Jones Sr actor Sean Connery sadly passed away.

It has since been rumoured that Connery would still play a large part in the upcoming fifth film.

According to Hollywood sources, Connery will be getting an on-screen tribute during Indiana Jones 5, paying respect to the main star of the third film, The Last Crusade.

The Indiana Jones films are available to watch on Amazon Prime Video now.