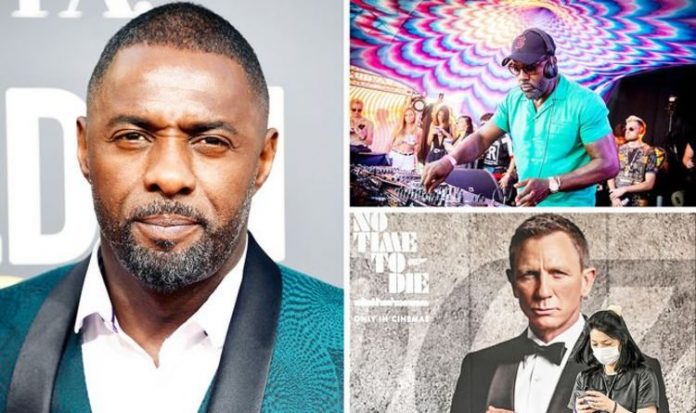 Elba has downplayed the likelihood of him being named as the next 007 – despite praise from celebrities all over the world.

Recently, George Clooney said the star would “do a great job of it” and felt he “should be Bond” because he was so “elegant”.

But Anthony Hororwitz, who authored 14 Bond novels, felt differently about the potential casting and described the actor as “too street” for the role.

The writer later apologised for his “clumsily” chosen phrase and admitted that he was “really sorry” that his comments “caused offence”.

He told the Mail on Sunday that he preferred Adrian Lester, star of BBC crime drama Hustle, for the role instead.

Mr Horowitz told the newspaper: “Idris Elba is a terrific actor, but I can think of other black actors who would do it better.

“For me, Idris Elba is a bit too rough to play the part… I think he is probably a bit too ‘street’ for Bond. Is it a question of being suave? Yeah.”

Mr Horowitz’s comments sparked an angry backlash from the public in 2015 and led him to issue an apology shortly after.

He said: “Clumsily, I chose the word ‘street’ as Elba’s gritty portrayal of DCI John Luther was in my mind but I admit it was a poor choice of word.

Elba said: “Of course, if someone said to me ‘Do you want to play James Bond?,’ I’d be like, ‘Yeah! That’s fascinating to me’.

“But it’s not something I’ve expressed, like, yeah, I wanna be the black James Bond.”

He admitted that comments that he couldn’t be Bond because of “the colour of my skin” left him “disheartened”.

Elba continued: “When you get people from a generational point of view going, ‘It can’t be’ and it really turns out to be [because of] the colour of my skin.

“And then if I get it and it didn’t work, or it did work, would it be because of the colour of my skin? That’s a difficult position to put myself into when I don’t need to.”

Despite his rejection, Clooney suggested that Elba should take on the role of 007 during an interview with Heart Radio this week.

Clooney ruled himself out of the running, when he told Heart Radio this week: “First of all because I’ll be 60 this year so it’s a little late for the Bond thing.

“Second of all, Bond should be a Brit don’t you think? I mean properly. It just feels wrong.”

Idris Elba Meets Paul McCartney will air at 9.20pm Saturday on BBC One.