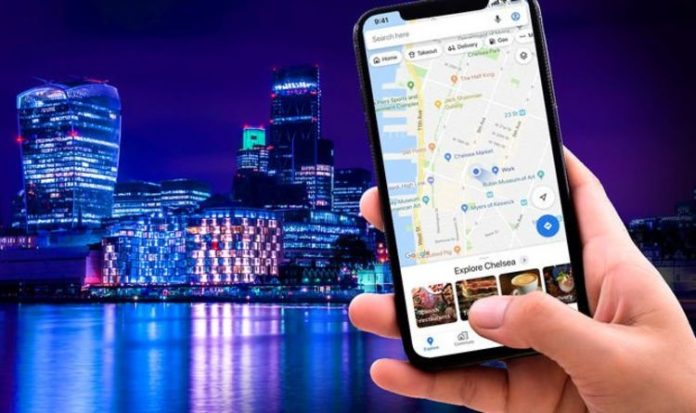 Google Maps has boosted its timeline feature to incorporate some of your favourite photos to help you relive any chosen day. First launched back in 2015, the timeline allows Google Maps users to look back at their travels, including holidays where you might’ve relied on Google Maps to find your way around a new city, or a road trip around the UK, for example.

With the latest version of Google Photos, the Californian search firm has brought the timeline feature from Google Maps to its photo management software. Like Google Maps, users will be able to retrace their steps using the location data that Google stores to help you find your way using Google Maps, or tag a photo at a certain location for social media posts.

Spotted by Android Police, the new feature can be found by tapping on the Search icon at the top of the Google Photos app, then tapping the Your Maps icon. If you don’t see the option in Google Photos on your smartphone or tablet, then head to the Google Play Store and make sure you’re running the latest version of the app.

Google Photos will be able to map-out images from your library onto a Google Maps-stye timeline if they allowed your smartphone to save relocation data when you pressed the shutter or manually added the location data in Google Photos after the fact. Failing either of those, Google can try to roughly work out where the image was taken based on any recognisable landmarks in the image – for example, the AI has a pretty good understanding of where the Eiffel Tower is, or what the Empire State Building looks like from all angles.

Zooming into the map will present users with a thin blue line that retraces the route they took on a given day. So, if you spent a long weekend sightseeing in New York, you’ll be able to relive the itinerary of each day, based on the location data of each photo that you snapped around the city.

Tapping the route brings up a settings panel where you can disable this feature. Of course, you can also disable this detailed map using the three-dot icon in the top-right of the screen.

At a time when most of us can’t visit a new town or city as a tourist, this is a brilliant new addition to Google Photos. Apple has allowed iPhone, iPad and Mac owners to map-out their entire picture library across a map of the world for some time now. However, Apple doesn’t include as much detail in its version – there’s no way to see the route that you took when you walked between two photo opportunities in Apple Photos, for example.

If you’re not a fan of Google keeping tabs on this much data, it’s pretty simple to delete your entire location history from the US technology firm.

To do that, head to google.com/locationhistory/delete. In the bottom right-hand corner of the screen, click the Delete button. You can also click Settings​ and then Delete All Location History. Crucially, this doesn’t stop Google continuing to collect new data about your movements in the future.

Removing your location data can make some Google products less useful. For example, if you have a Google Nest Mini smart speaker, it won’t be able to assume which branch of a supermarket you’re referring to – as it no longer knows that you visit the same store almost everyday.

Google Maps lets you delete the Location History for a particular day, or a specific location, if you fancy taking a more granular approach with your data wipes.